Hey, Thanks for stopping by. If we can be of any assistance, just let us know. Send us a message in the box below.

How To Start Petroleum Oil Refinery In India 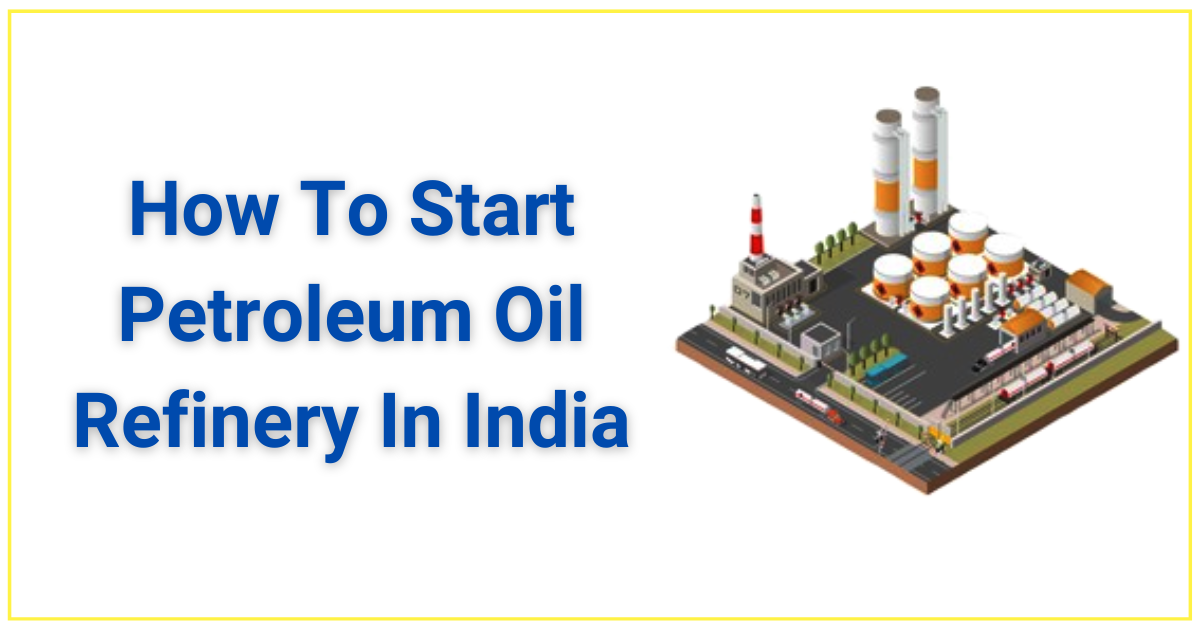 Importance of Petroleum Sector in India

One of India's eight-core businesses is the oil and gas industry, which has a significant impact on all other significant economic sectors. Since India's economic growth is closely tied to its energy needs, more oil and gas are expected to be needed, which will make the industry very favorable for investment. As of 2021, India remained the third-largest oil consumer in the world. The government has implemented a number of programs to meet the rising demand. It has permitted 100 percent Foreign Direct Investment (FDI) in a number of industry categories, including refineries, natural gas, and petroleum products, among others.

Reliance Industries Ltd. (RIL) and Cairn India's presence in the region testament to the fact that it now draws both domestic and global investment. Primary energy consumption is anticipated to nearly double to 1,123 million tonnes of oil equivalent by 2021, according to the IEA's India Energy Outlook 2021, as the nation's gross domestic product (GDP) rises to US$ 8.6 trillion by that year.  On January 16, 2016, the Hon'ble Prime Minister Shri Narendra Modi announced the "Start-up India" program, which aims to nurture entrepreneurship and promote innovation by establishing an environment that is favorable to the expansion of start-ups. The Oil and Gas PSUs were instructed by MoP & NG to foster an ecosystem for innovation and support start-ups in their respective industries. The goal of the program is to inspire young people to create and to get PSUs to support them by creating incubation centers to make the most of the innovative ideas and solutions they come up with. The PSUs that are taking part in the Oil and Gas Sector's Start-up India initiative are ONGC, OIL, IOCL, BPCL, HPCL, EIL, GAIL, NRL, MRPL, and Balmer Lawrie. These PSUs have 320 Cr. in total start-up funding that has been pledged for three years.

11 of India's 23 refineries are owned and operated by the Indian Oil Group, from the newest, Paradip, which has a capacity of 15 MMTPA and was dedicated to the country in 2016, to the oldest, Digboi, with a capacity of 0.65 MMTPA. Indian Oil's strength comes from its expertise in running the most refineries in India, adopting a variety of refining techniques, and utilizing cutting-edge refining technology. The Indian economy is based on its refineries. The country's demand for petroleum products is met by Indian Oil refineries, which primarily produce motor spirit, diesel, and aviation fuel for use as transportation fuels as well as kerosene and LPG for use as home fuels. Wax and other specialized items like lubricant oil base stocks are also made. For the downstream plastic and petrochemical sectors, the refineries also generate and provide polymers and petrochemicals.

India is anticipated to provide one of the biggest global contributions to the increase in non-OECD petroleum consumption. The amount of crude oil imported increased significantly from US$ 70.72 billion in FY17 to US$ 94.3 billion in FY22 (April to January).

India was the second-largest refiner in Asia as of September 1, 2021, with a capacity of 248.9 million metric tonnes per annum (MMTPA). About 35% of the overall refining capacity was controlled by private enterprises. The largest domestic refiner, IOC, has a 69.7 MMTPA capacity. India produced 32.2 MMT of crude oil in FY22 through January. India consumed 201.26 MMT of oil-related products in 2021, an increase of 3.7% year over year. India's oil consumption increased from 4.65 million BPD in 2020 to over 4.9 million BPD in 2021. From October to December 2021, India imported 7.9 billion cubic meters (BCM) of LNG. The total import for the year was 24.46 BCM. India is the world's fourth-largest importer of LNG. The International Energy Agency (IEA) projects that India's natural gas consumption would increase by 25 BCM between now and 2024, growing by an average of 9% each year. The IEA claims that India's medium-term forecast for natural gas consumption is still positive because of expanding infrastructure and pro-environment measures. 40% of India's net demand increase is anticipated to come from industrial consumers. Sectors like residential, transportation and energy are also anticipated to be major demand drivers. India exported 56.8 MMT of petroleum-related goods for US$21.41 billion in FY21. Gas Authority of India Ltd. (GAIL) controlled the greatest portion (18,834 km or 57.56 percent) of the nation's natural gas pipeline network as of June 30, 2021. (32,718 km).

It's crucial to look for a site where you can set up an oil mill business that will be successful. Oil mills don't require a lot of areas. Numerous significant geographic considerations, such as the accessibility of raw materials, energy sources, water, labor, markets, and transportation infrastructure, have a role in where specific industries are located. However, in addition to such purely physical considerations that affect industrial sites, historical, human, political, and economic aspects are also beginning to outweigh the power of geographic advantages.

The raw material supplies were less important determinants of industrial sites for petroleum refineries. Because businesses had already established themselves in coalfields and were unwilling to transfer due to industrial stagnation.

Locational factors for oil refineries include:

The act of drilling for natural gas or oil. Wildcat drilling is the practice of drilling for oil and gas in uncharted and unexplored territory. Production of oil and gas was made easier by modern equipment. As the largest contributor to the global economy, the oil and gas industry demands the highest quality in the design and construction of every piece of equipment. Engineered, with top-notch hardware and tools observing the main energy source

The essential function of oil refineries is to produce marketable hydrocarbon-based products and intermediates, from crude oil. Refineries produce a wide variety of products of different specifications, i.e., of

It's crucial to choose a reliable raw material source for your company. As a result, the company needs to identify a reliable supplier from which to obtain its raw materials. These mostly consist of crude oil and gas condensate. The latter can be employed in refineries since it resembles a very light fraction of crude oil. The license requires for an Oil refinery

The Petroleum and Explosives Safety Organization (PESO) of India grants licenses under the name PESO. This institute, formerly known as the Department of Explosives, is in charge of the following:

The PESO certification is evidence that the organization can follow the safety-related rules and regulations when manufacturing, transporting, importing, or trading hazardous chemicals.

CTE or Consent to Establish

The type of authorization needed to start or run manufacturing industrial operations is called consent to establish. Any business, operation, or procedure that releases wastewater, trade effluent, or is likely to cause air pollution must get CTE from the relevant state pollution control board.

Our team of compliance executives at GRC India assists you with your online application for CTE with the pollution control board.

CTO or Consent to Operate

Consent to Operate is another method of securing NOC compliance. In order to guarantee that their industry upholds standards regarding operations, manufacturers are needed to obtain this consent. All industries are required to obtain this permission in order to operate.

We at GRC India extend our services for CTO from the online registration with the pollution control board.

Public participation is one of the key elements of a successful EIA process. It guarantees that the environmental clearance process is open and transparent while also enabling individuals who will be directly impacted by a project to voice their opinions on the proposal's potential effects on the environment and society. Almost all EIA systems incorporate some kind of public involvement. This could be accomplished through participation or public speech (which is a more interactive and intensive process of stakeholder engagement).

The fact that petroleum refineries handle, process, and store several types of combustible materials at or above the flash point and ignition temperature makes them one of the riskiest enterprises. There are many risks, including those related to flammability, toxicity, explosion, physical risk, noise, ergonomics, and electrical risk, among others. Due to the handling and storage of highly combustible materials, petroleum refineries are naturally at risk of fire and explosion. Crude oil is a mixture of many hydrocarbons and is dangerous in and of itself because of its flammability and poisonous components. High pressure and temperature are a concern in the refinery process. Petroleum products are handled in pipelines, exchangers, pumps, vessels, and columns at or above their auto-ignition temperature; as a result, if there is a leak, a fire will start right away. 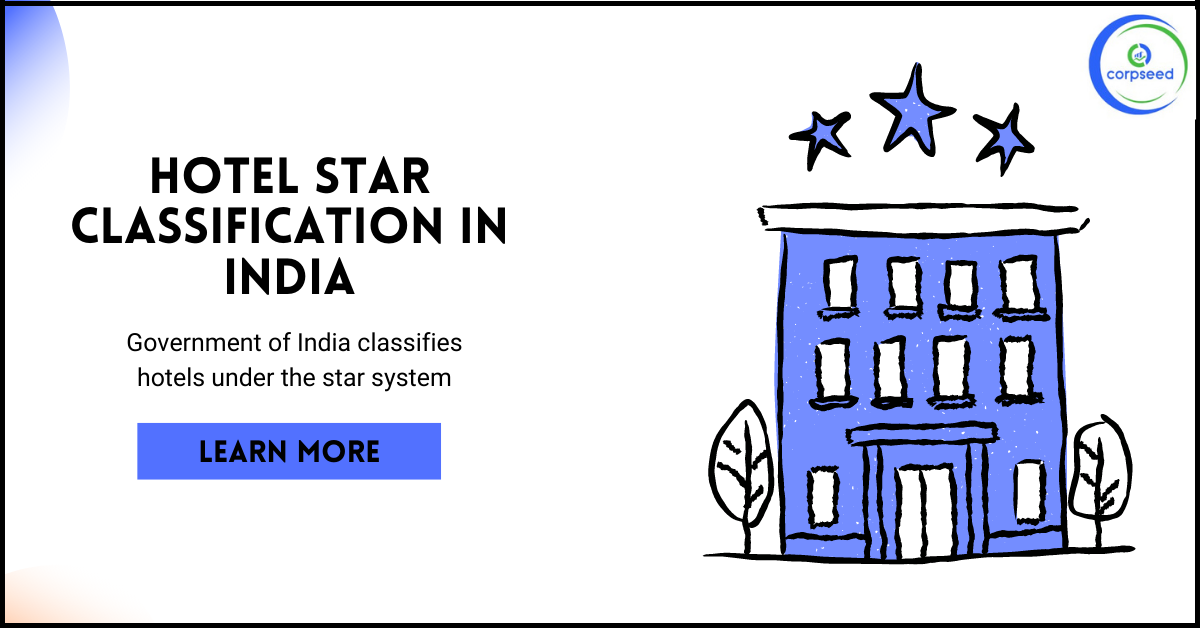 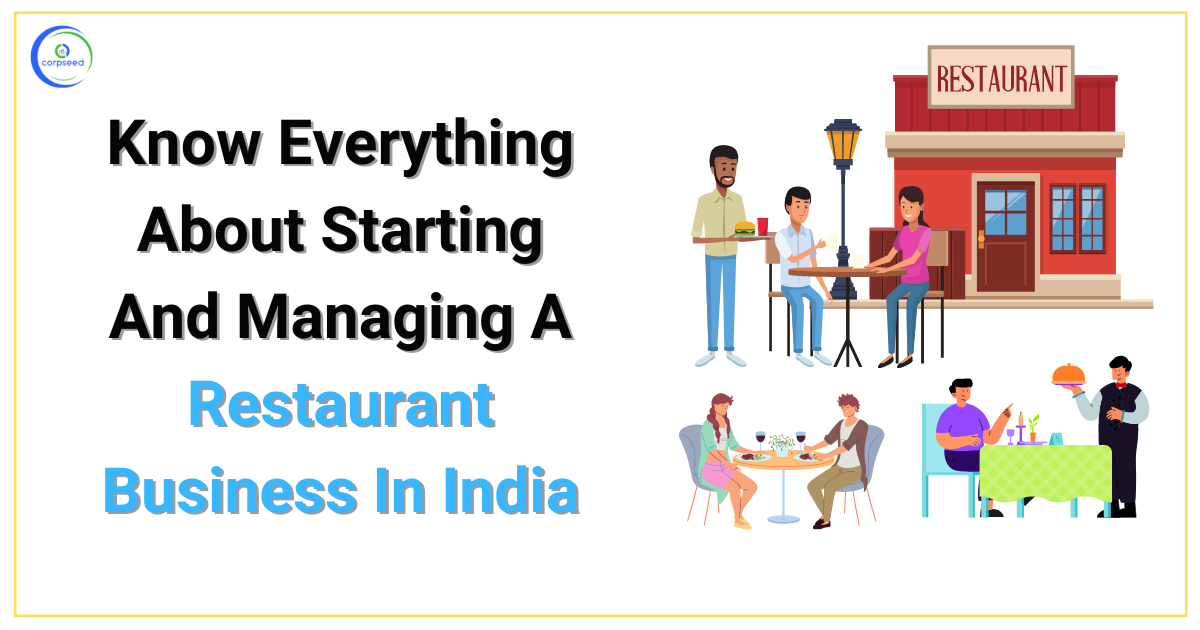 Know Everything About Starting And Managing A Restaurant Business In India 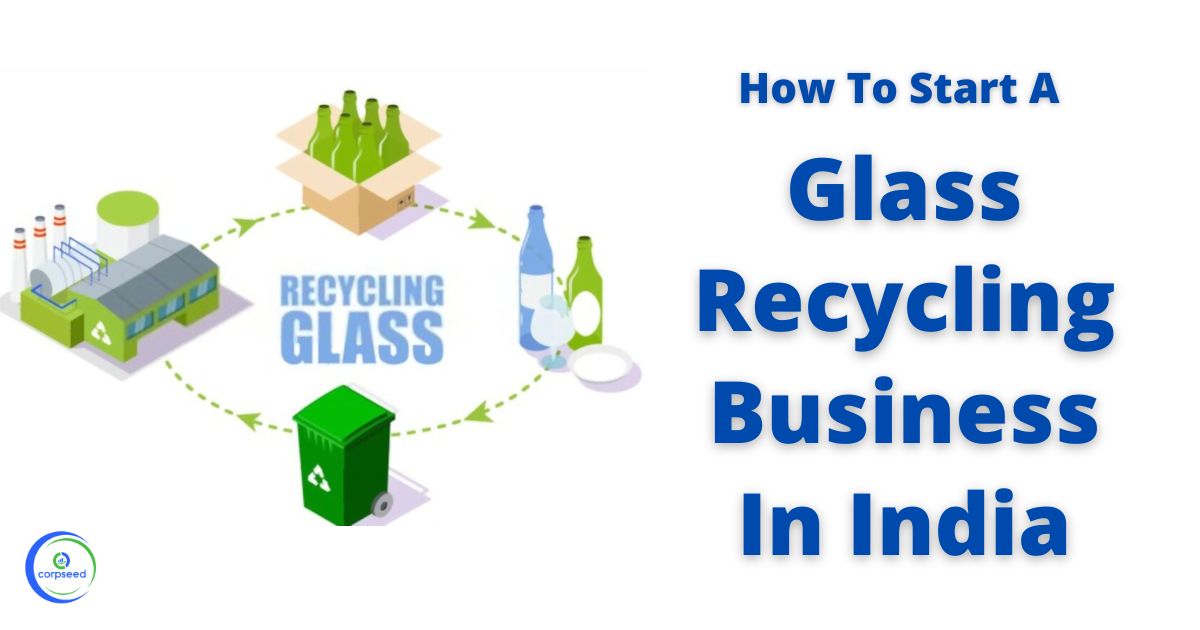 How To Start A Glass Recycling Business In India 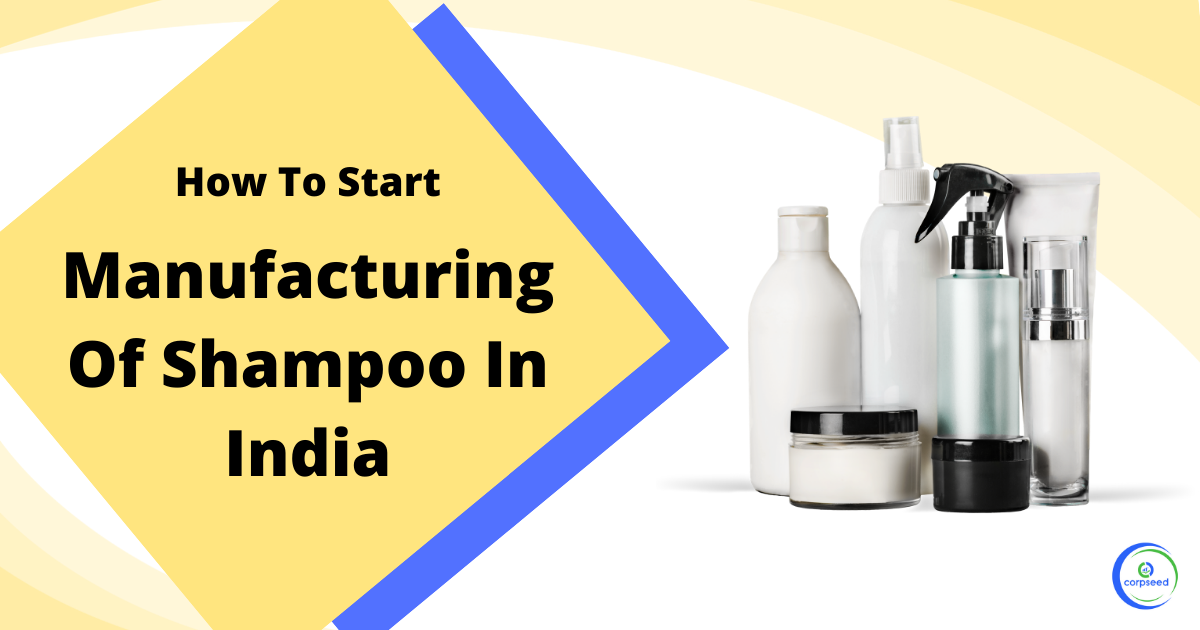 How To Start Manufacturing Of Shampoo In India 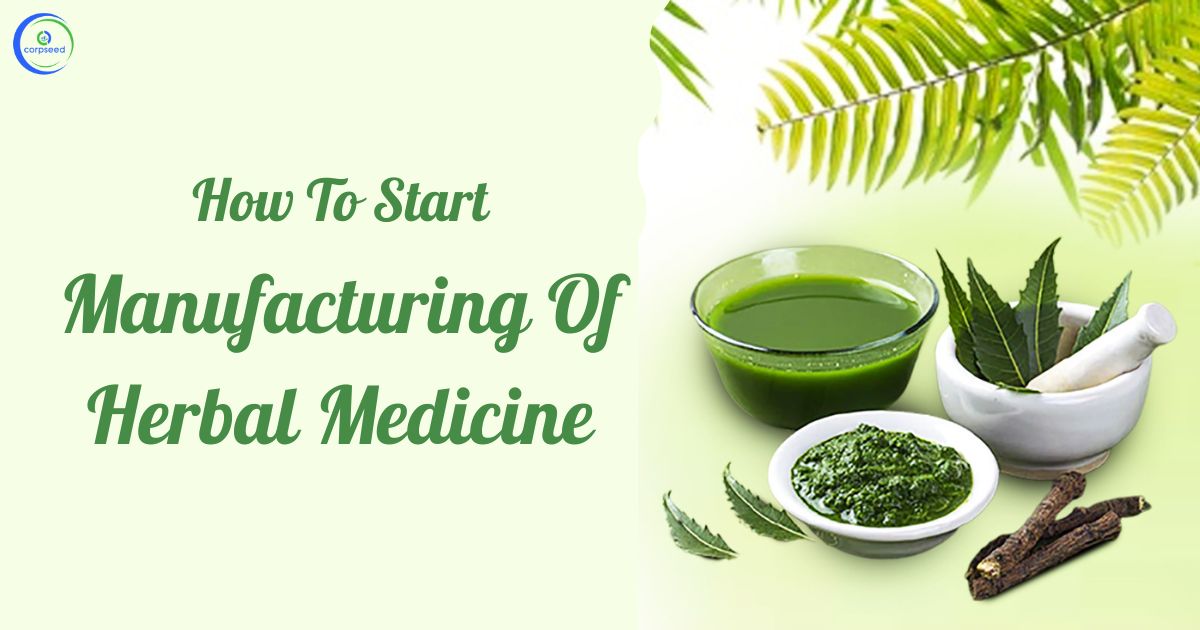 How To Start Manufacturing Of Herbal Medicine 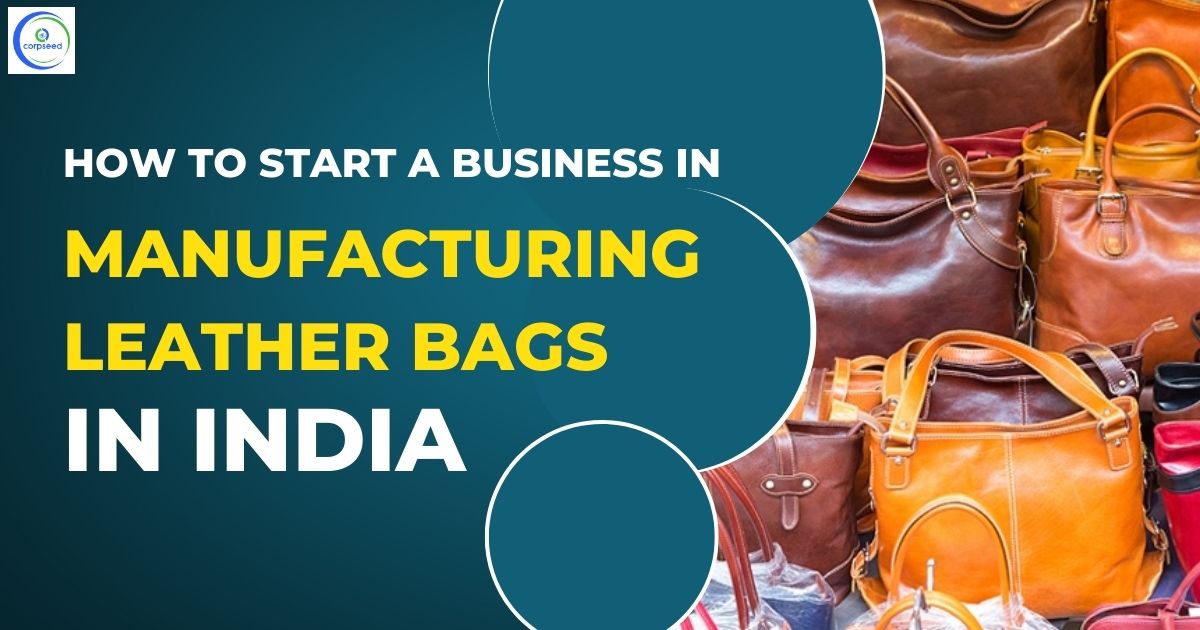 How To Start A Business In Manufacturing Leather Bags In India 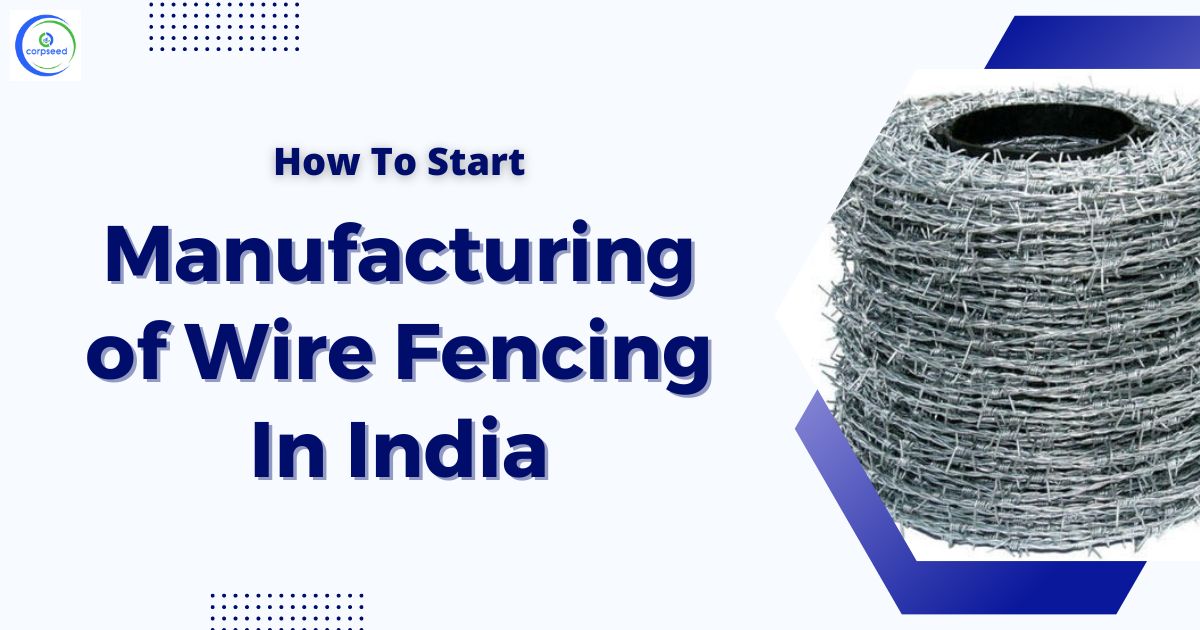 How To Start Manufacturing Of Wire Fencing In India 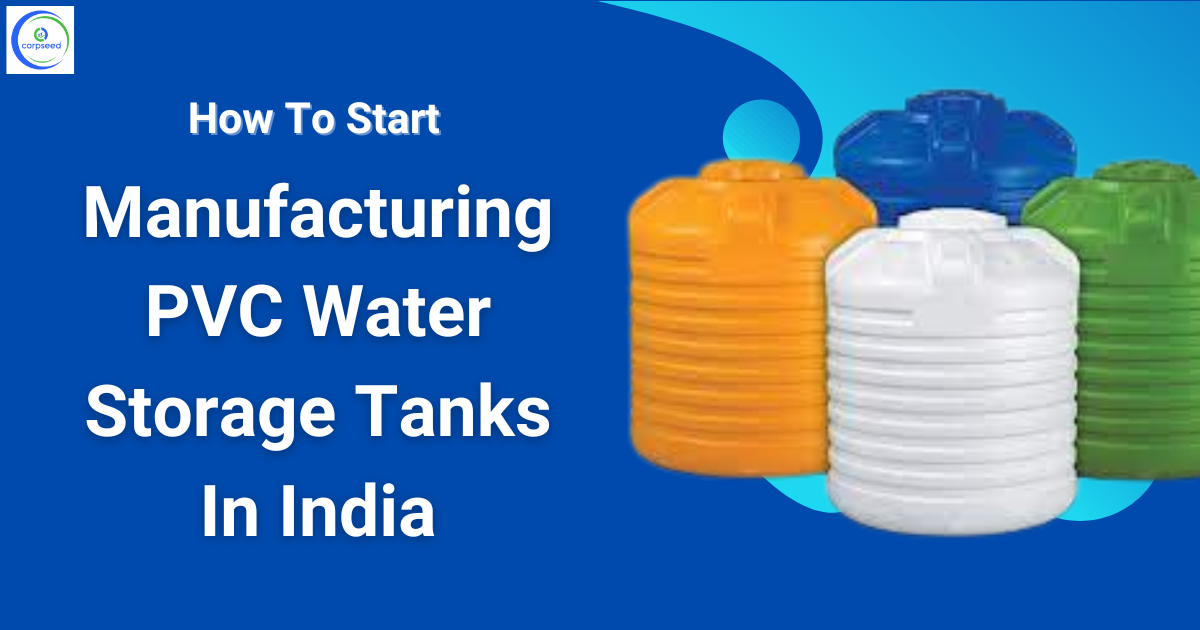 How To Start Manufacturing PVC Water Storage Tanks In India