Electric cars that we plug into the walls like cell phones. So who came up with the idea and how does the technology really work.

Before we rejoice in the future, let’s first take a trip to the past. We all probably will be surprised to find out that electric cars are really not a 21st-century invention. That is electric power motors came up at the pretty much same time as petroleum-driven engines (That is the one that runs on fossil fuels like gas and diesel). All most 2 centuries ago, in 1828 a Hungarian engineer named Anyos Jedlik invented the first prototype of the first electric motor and used it to power the small model car and he wasn’t one the only one in the interest of that sort of technology. In 1834, blacksmith Thomas davenport created a similar device that could be driven at short distances using an electric track. 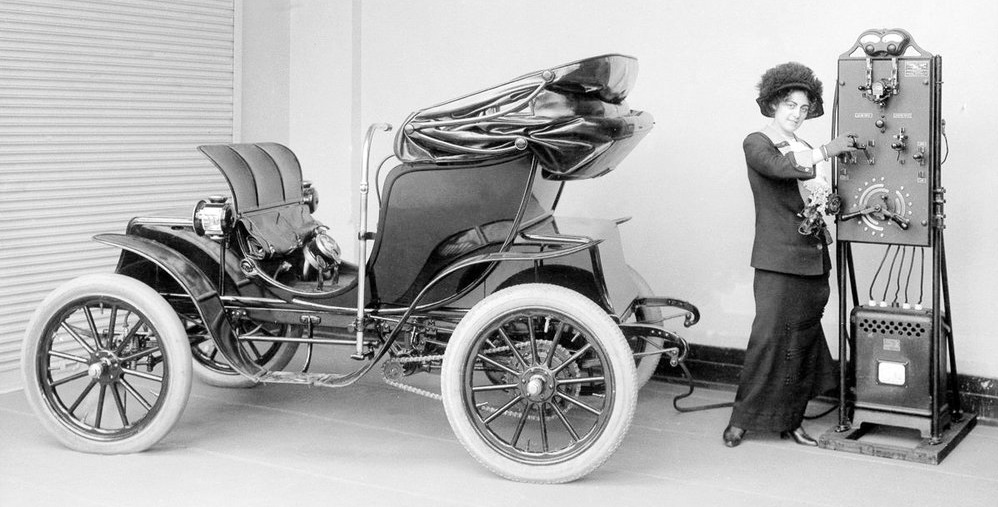 And over in the Netherlands, university professor Sirbrandus Stratingh built a tiny electric car powered with non-rechargeable batteries, and now even though the idea of battery-powered vehicle was to revolutionize people’s lives or the better, primary cell batteries (that’s the “use and toss” kind) weren’t the way it goes for obvious reasons. They needed too many batteries to run the motor over long distances at such low speeds. It wasn’t until 1859 when French physicist Gaston Plante invented the lead-acid battery that changes the electric engine game for good. Many countries began producing electric 3 wheel cars until the US made a huge breakthrough. In 1891, they created the first electric vehicle and it was a 6 passenger wagon vehicle that can go at 14 miles per hour. After that people were thrilled and the electric car market thrived. In the late 1890’s electric-powered taxies filled the streets of London

At that time electric cars had many advantages over steam power and gas-guzzling engines. They did not vibrate, they did not give the gasoline smell and most importantly they did not require much effort to start. By early 1900 almost one-third of the cars in the US were electrically powered. But that was not going to last for long. By the late 1920s, infrastructure in the US had improved significantly, and vehicles needed to go further more efficiently so fossil fuel cars took a lead because they got the job done. The top speed that electric cars could achieve was 15-20 miles per hour. That’s about how fast a person can go pedaling on a bike. Another problem was that electric-powered engines back then could only travel only 30-40 miles on one go which mean they need charging every couple of hours. And things were about to take a turn for the worse along with the improvement in infrastructure. That was when the electric starter was invented and gasoline cars begin using it alongside mufflers, which made the noise a lot more tolerable. Electric cars took their final hit in 1910 when henry ford begin his mass production of gas-powered vehicles which made them very cheap. Whereas electric cars cost a lot more. Companies then realized that there was no room for an electric car mobile on the market so they stopped producing them altogether. Fast-forward to the 21st century we now have advancements in technology and a greater concern for the environment. And a fear of running out of resources to fuel our vehicles, and it’s no wonder automotive companies have decided to give electric cars another chance. The main difference between electric and fossil-fuelled cars is that the E-cars can use a variety of renewable sources to generate their electricity. In fact, the science behind the electric car is surprisingly simple. Its basic principle is the alternating current for which we have Nicholas Tesla to thank.

Difference between DC and AC:

An electric current is the movement of an electric charge that carries electrons. An engine for example can be powered by direct current- which means that the electrons flow in one direction only. For most things that run on DC, that’s from the battery to whatever it’s powering. That electrons that move along an alternating current, on the other hand, periodically and consistently change direction. It’s pretty much all the electric power at our home, from microwave to the game console. In short, if you could look at the two types of current on a graph, direct would be direct to flatline and alternating current would have regular uniform waves going up and down. Or to put it more simply, DC would be like water running out of a bucket with a hole in the bottom. Ac would be kind of like watching the water swishing around back and forth if a person opens the lid of the washer and look inside.

Most electric cars convert the direct current electricity from the batteries into an alternating current. Since electric cars do not have an internal combustion engine like gas-powered vehicles do they use their space quite differently. One would expect a big bulky battery to be in front of the hood, but it’s completely different in electric cars. They have 7,000 lithium-ion batteries that sit under the flooring. This battery pack has a longer lifespan and a higher power density, which makes them ideal for powering a vehicle. But one of their vulnerabilities is overheating and thermal breakdown.

That’s why electric cars have coolant running between them to prevent overheating and there are all kinds of interesting stuff at the back of the car. That’s where you will find the inverter which is what converts DC into AC and gives power to the engine. But it can’t do that without the induction motor which is also in the back. It takes the alternating current that just came from the inverter and creates a rotating magnetic field that causes the motor to turn. Now electric cars do not have a gearbox or lever, and all of them are automatic. They have a single-speed transmission that sends power from the induction motor to the wheels. This is how the electric motor transforms electrical energy into mechanical energy. That is physical power that turns the wheels and sends you your way.

But here’s where it gets more interesting when one accelerates while driving, the car uses more energy. But when applied break, the energy is transformed into electricity through the induction motor. Then that electricity travels all the way back to the battery pack and is stored so that one can use it later.