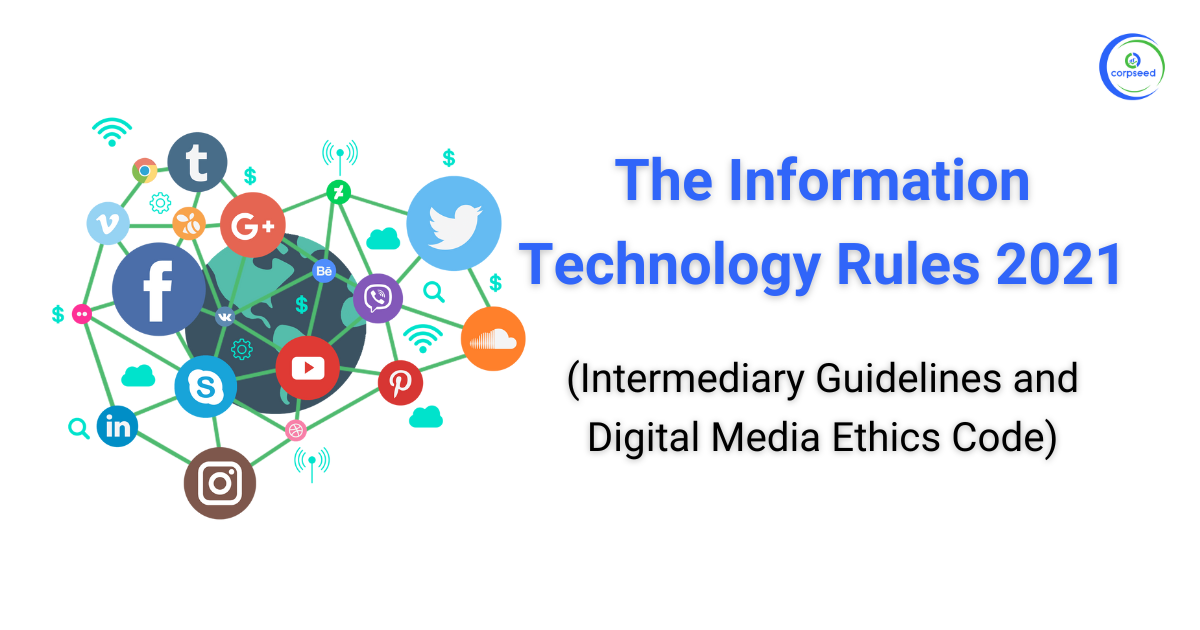 Government of India notified the establishment of the IT Rules 2021

In February 2021, the Government of India notified the establishment of the Information Technology (Intermediary Guidelines and Digital Media Ethics Code) Rules, 2021. Making use of the power vested under Section 87 of the Information Technology Act, of 2000, the Central Government proposed the final draft of the said Rules. The rules shall succeed the IT (Intermediary Guidelines) Rules of 2011 and 2016. The draft was initially suggested by the Ministry of Electronics and Information Technology (MeitY). Later around June 2022, the updated and approved draft amendments made to the existing rules were revealed to the society at large for scrutiny.  The proposed framework aims to be progressive, liberal, and contemporary.

At the moment, intermediaries are only required to warn users about the dangers of uploading specific types of harmful or illegal information. As a result of these amendments, intermediaries are now required by law to make reasonable attempts to stop users from submitting such content. The new clause will make sure that the intermediary's responsibility is more than just a formality. They are as follows-

The essential element of the abovementioned provisions was the Government intended to protect the Fundamental Rights under Articles 14, 19, and 21 of the Constitution of India. The rules and regulations of the intermediary must be communicated effectively in regional Indian languages as well. Further, the terms "defamatory" and "libellous" have been eliminated from the grounds in rule 3(1) (b) (ii). A judicial review will decide if any content is defamatory, it does not have to necessarily be one.

The Grievance Committee may further take the assistance of anyone whom it feels has the relevant expertise in the subject matter. It is also required for the Committee to establish an online redressal mechanism and a smooth process to file applications online. Lastly, any decision passed by the Grievance Appellate Committee shall be adhered to by the intermediary, and must also upload a report on their website regarding the same. Safe Harbour provisions won't apply to the intermediary if they don't exercise due diligence as per the Safe Harbour Provisions which have been outlined under Section 79 of the IT Act. As per the provisions of the section, social media intermediaries are shielded from legal action for any content uploaded on their platforms and are thus protected.

According to the regulations, a three-level grievance redressal structure of self-regulation has been formed-

The rational justification of the Rules was stated by the Government. Placing reliance on the Supreme Court Case of Prajwala vs. Union of India of 2018, where the Government ensured to remove of child pornography, rape, and gang rape images, videos, and websites from content hosting platforms and other apps, the Government of India stated that it may create appropriate Guidelines and apply them within two weeks. The majority of the people in India have access to the internet and electronic devices and maximum Indians are now technologically sound. Hence to promote the “Digital India” program, the rules are framed but as the policy enabled and encouraged the use of the internet, the technology is also misused and has caused disturbing developments.

<p>A Post Graduate in the field of Corporate and Commercial Laws. I &nbsp;have worked as a freelance content writer for several Legal topics for over 5 years. I aspire to learn and grow in this field along with being able to portray my Legal skills through writing.</p>

What do you think about this news?