How to obtain Tobacco License in India? 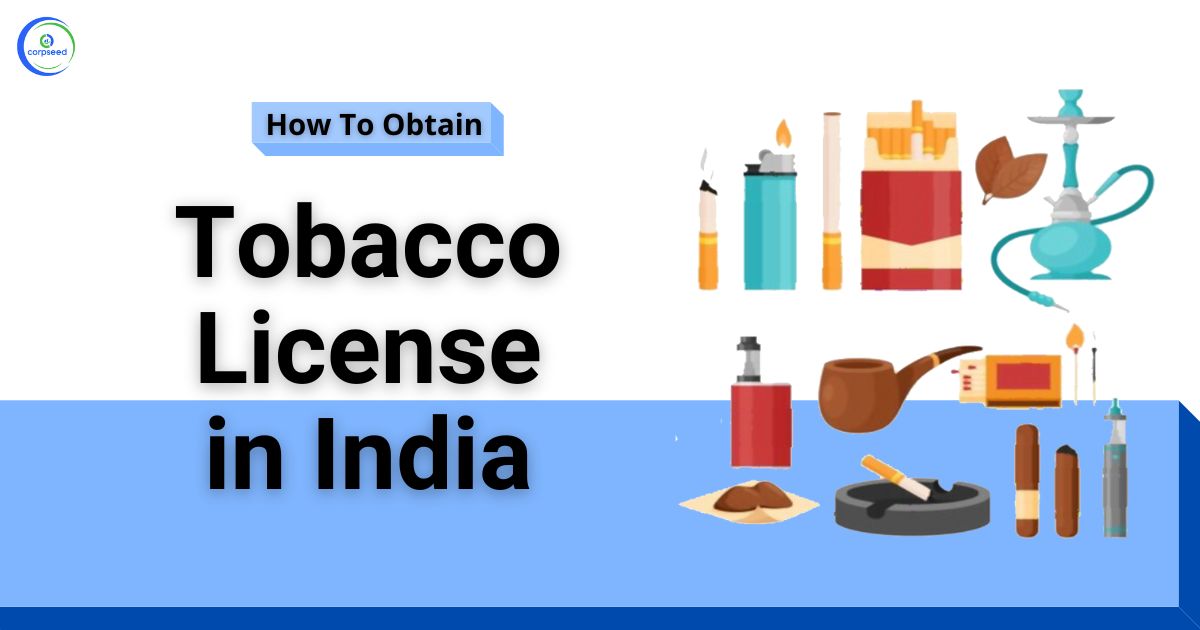 To sell, manufacture, or import tobacco products in India, you must first obtain a tobacco licence from one of our country's states. The process of obtaining a tobacco licence in India is less stringent than that of obtaining a cigarette licence. Many Indian state governments have implemented a vendor licencing system or are actively working on it. Because our country has such a large number of outlets, enrolling tobacco dealers is a complicated process. Our state and federal governments are working to make a tobacco licencing policy mandatory in India, in order to bring the unregulated industry of various tobacco products under regulatory scrutiny.

If tobacco vendors break the requirements set forth by the Cigarette and Other Tobacco Goods Act, 2003, they risk losing their licence, and obtaining a licence to sell tobacco products again will be difficult. Before acquiring a tobacco licence in India, vendors must guarantee that their stores and licences have been approved by the municipal administration. Non-tobacco products such as biscuits, chocolates, soft drinks, and other similar items should not be kept by tobacco dealers since they will entice children of all ages. States have improved their compliance with COTPA by introducing and enforcing vendor licencing, which requires all sellers to follow the rules and regulations governing the manufacture, sale, and import of cigarettes and other tobacco products.

Tax Revenue From Tobacco In India

In the fiscal year 2020, India's tobacco tax collection was estimated to be over 356 billion Indian rupees, higher than in prior fiscal years. The sale of legal cigarettes on the organized market generates the majority of tobacco tax revenue.

India is the world's second-largest tobacco producer and third-largest exporter. Almost 46 million people are employed in the tobacco sector. With the Tobacco Board of India's evolving facilities, the market saw a total (made and unmanufactured tobacco) export of INR 60.84 billion in FY 2018.

Tobacco is primarily harvested in two kinds in India: cigarette tobacco and non-cigarette tobacco. Non-cigarette tobacco has a market share of 69 percent in 2017-2018. Cigarette tobacco production has decreased dramatically over the world, resulting in an increase in non-cigarette tobacco sales. “Khaini” accounted for 11 percent of total consumption, while “beedi” and cigarettes accounted for 8%. This market has grown due to the use of smoking devices such as hookah, “hookli”, “chhutta”, “dhumti”, “chillum”, as well as edible tobacco such as “mawa”, “snuff”, “gutka”, and “pan masala”. When it comes to the whole segment of smoked tobacco, legal cigarettes account for 10% of consumption and 86% of taxable income. This means that, despite the fact that smokeless tobacco has the highest rate of consumption, legal cigarettes generate more money. Despite the fact that nicotine causes addiction and drunkenness, Indians use a substantial amount of it, particularly in the form of smokeless tobacco. ITC Ltd. now has the biggest market share (84.27 percent) among India's top cigarette manufacturers, based on sales. Minor companies such as Kothari Products Ltd., Godfrey Phillips India Ltd., VST Industries Ltd., and others get the rest of the share.

How to Obtain Tobacco License in India?