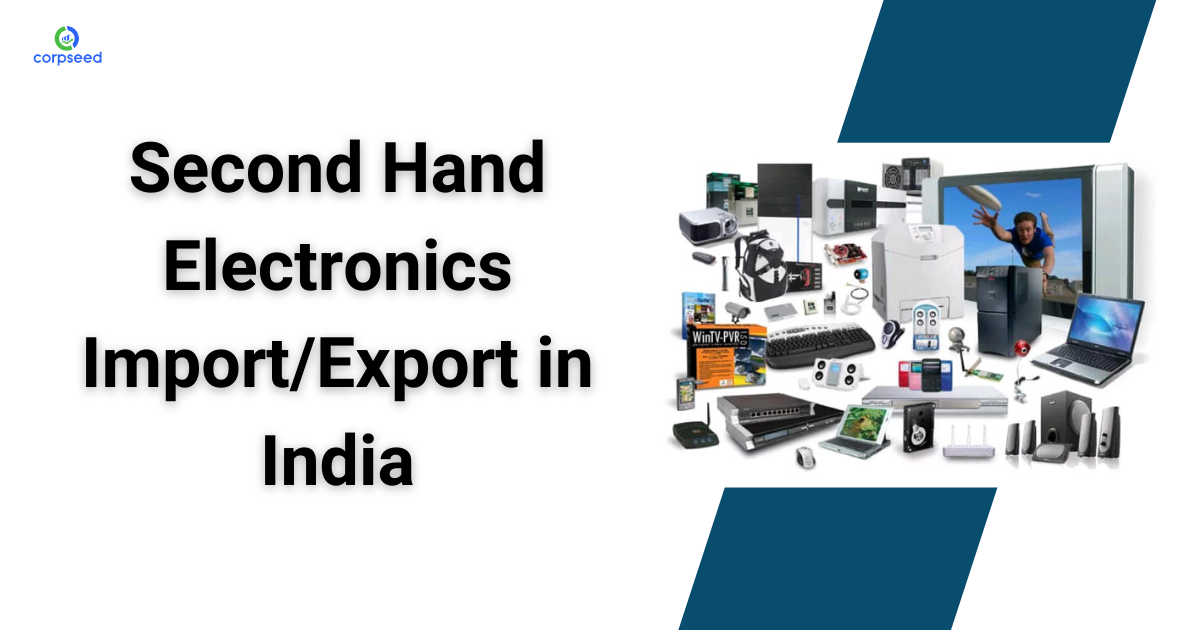 In India, the e-commerce industry has enormous potential. The recommerce (second hand) market in India is predicted to grow at a rapid pace this year, with a CAGR of more than 35 per cent. As technology advances, this need will skyrocket in the not-too-distant future. There are few choices for quickly, easily, and conveniently selling these items and getting a decent price for them. In India, the second-hand products business particularly used electronics, is mostly unorganised, with no corporation holding even 1% of the market in this multibillion-dollar industry.

The churn rate is extremely high, notably in smartphones, which are replaced every 15 months. Companies like Cashify, hyper change, and Yaantra are filling a gap in the industry. Gadgets have been utilised by a significant number of people. Consumers want to upgrade their gadgets frequently as technology evolves with new features and greater specifications. Refurbished smartphones appeal to a large proportion of first-time purchasers moving from a feature phone to a smartphone. Students and technophiles who like to change their gadgets frequently will get more bang for their buck by purchasing refurbished items rather than new ones. Before reaching the conclusion of its product lifecycle, every smartphone is intended to pass through three hands. According to a Deloitte report, the used smartphone market is expected to develop at a rate 4-5 times faster than the overall smartphone market.

On the one hand, there is an enormous untapped supply of used smartphones being replaced. On the other hand, because India is such a value-conscious market, there is a significant unmet need for good-condition equipment at reduced prices from a reliable source with quality assurance. There is currently no existing brand in India that has been able to develop a mental space among this segment's consumers.

But this industry is also facing some major challenges. The e-commerce sector's fundamental difficulty is that it is largely unstructured. The concept of refurbished electronics is still relatively new, and most people are unfamiliar with the phrase "refurbished." The majority of Indians are used to dealing with unorganised players who lack transparency, have limited selection and availability, provide no quality assurance or warranty, and are unclear about the gadget's authenticity. Fake or stolen electronics are frequently sold to unsuspecting clients. The majority of secondary transactions are carried out by unorganised offline dealers scattered around the country. This industry, particularly in Tier-II and Tier-III cities, has a sizable market. Every metro has a second-hand grey market where second-hand electronics can be purchased. The majority of these are well-known for smuggled products. The fragmented supply chain and reverse logistics have been another stumbling block to this industry's progress thus far.

However, with the rise of organised retail and the internet, this is changing. With the growing popularity of e-commerce among end-users who yearn for the almost-new, the industry has an enormous opportunity to organise this disorganised market. The expansion of India's overall ecosystem means that this unorganised sector will inevitably be disrupted. Focused execution is the most critical quality necessary to take advantage of this opportunity. To flourish in this industry, operational efficiency, ecosystem alliances, and efficient use of technology is essential to converge trust, convenience, and value for money for consumers. Given the massive growth of the recommerce sector in India in the next years, it appears probable that pure re-commerce brand(s) will emerge, associated with second-hand and refurbished electronics. This is already happening in the used vehicle market. Brands that are focusing on new items will have a harder time making the same impression because their primary focus will be on the new products.

India now has the fastest-growing smartphone market in the world. Only 300 million people use smartphones out of nearly a billion people who own a phone. In India, the smartphone e-commerce sector is estimated to be worth more than $100 million. Recommerce will likely play a key role in bridging the 700 million-strong digital divide. Education, healthcare, and financial services are all being transformed by technology. The smartphone, the catalyst for change, will be the major medium via which this technology will be accessed by millions. Recommerce has the potential to bridge the digital divide in India between those with and without access to technology, while also reducing e-waste and helping to save the environment.

The government has stated that importing used or refurbished electronics and IT goods without first registering with the Bureau of Indian Standards (BIS) is forbidden.

Imports of these commodities are permitted under the Electronics and IT Goods (Requirement of Compulsory Registration) Order 2012, which requires registration with the BIS or a particular exemption letter from the ministry of IT and electronics (MeitY).

It stated that if the importer does not register and comply with BIS labelling standards, the commodities will be re-exported by the importer; otherwise, customs authorities will damage the goods and dispose of them as scrap.

"Imports of goods (new and used, whether refurbished, repaired, or reconditioned) are prohibited unless they are registered with BIS and comply with the labelling requirements published by BIS, as amended from time to time, or on a specific exemption letter from MeitY for a specific consignment," the directorate general of foreign trade (DGFT) stated in a notification.

MeitY has also been strict, stating that any refurbished or used electronic goods that do not have a valid BIS registration will be re-exported by the importer if customs do not deform the goods and dispose of them as scrap.

Desktop computers, refurbished electronic parts of personal computers, including laptops, and all electronic and IT goods notified by the Electronics and Information Technology Goods (Requirement of Compulsory Registration) Order, 2012, will henceforth be allowed subject to authorization.

According to The Week, India's market for refurbished phones climbed by 14% to 14 lakh units in 2018, despite the fact that global sales of such devices decreased for the first time in 2018.

While Apple has a sizable portion of this market (see statistics), its overall market share in India is negligible and declining. According to Forbes, the company's market share in India dropped to under 1% last year from around 2% in 2017. Refurbished phones are available on Amazon, Flipkart, and Snapdeal.

The Directorate General of Foreign Trade (DGFT) has issued a notification prohibiting the import of used or refurbished electronics and IT goods that have not been registered with the Bureau of Indian Standards (BIS).

Imported goods will be re-exported by the importer if the importer fails to register and comply with BIS labelling rules; otherwise, customs officers will distort the products and dispose of them as scrap.

Imports of these commodities are permitted under the Electronics and IT Goods (Requirement of Compulsory Registration) Order 2012, which requires registration with the BIS or a particular exemption letter from the ministry of IT and electronics (MeitY).

The country's electronics imports grew to USD 55.6 billion in 2018-19 from USD 51.5 billion in 2017-18, according to a report. "Imports of goods (new and used, whether refurbished, repaired, or reconditioned) are prohibited unless they are registered with BIS and comply with the labelling requirements published by BIS, as amended from time to time, or on a specific exemption letter from MeitY for a specific consignment," the DGFT notification continued.

BIS Certification is a way of providing a third party guarantee of reliability, safety and quality of products to the customer. The government of India has made BIS certification compulsory for a few products taking into consideration public health &amp; safety.  BIS CRS Certification is issued in India by the Bureau of Indian Standards. BIS has been successfully promoting and maintaining International standards within the country since 1987. Bureau of Indian Standards is involved in different activities like standards formulation, certification of products, system certifications, hallmarking, laboratory services, registration scheme and more.

Importers of electrical and electronic equipment, spare parts, instruments, and other items must obtain a NOC from the Ministry of Environment and Forest (MOEF) prior to customs clearance to confirm their End-Use and whether they constitute E-Waste or not. The nature and kind of commodities, as well as the residual life of the equipment, must be declared in accordance with the recommendations of the customs circular on HAZARDOUS WASTE (Management, Handling, and Transportation boundary) Rules, 2008. The importer receives the NOC from MOEF after submitting an acceptable Report to MOEF. The clearance is started with the customs authority based on this NOC.

Corpseed will be liaising partners for your import/export license requirement and policy/procedures. We can handhold you through the complete licensing formalities with the Director General Foreign Trade (DGFT).