How to Start an Automobile Company 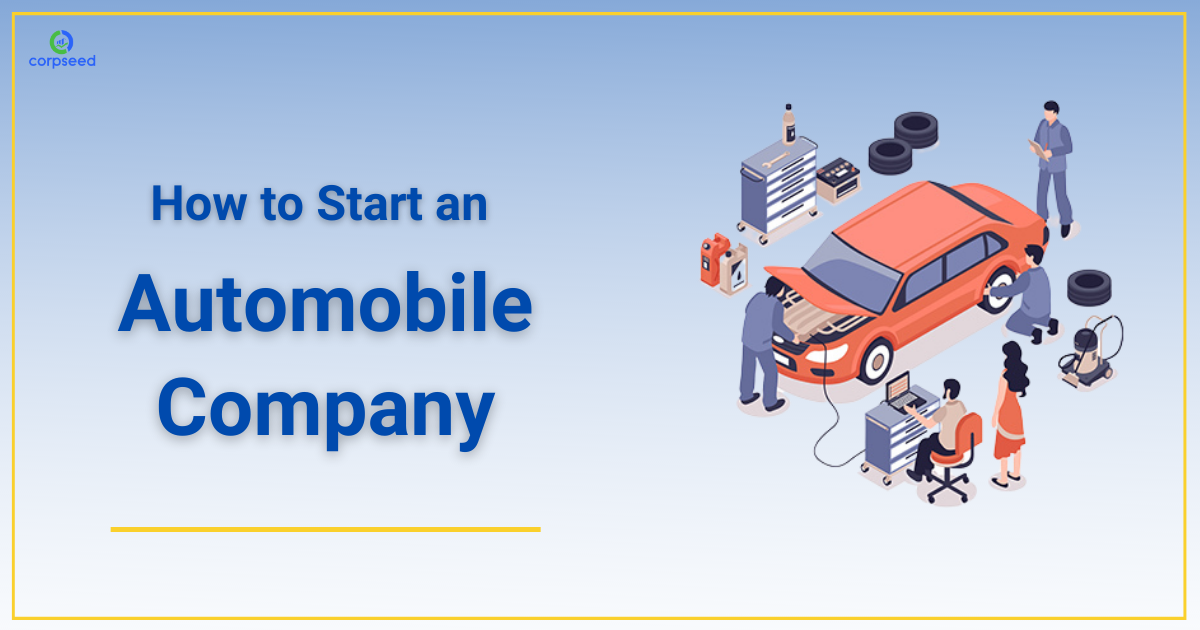 India produced 22.65 million automobiles in FY21, with 13 million of those built between April and October. The two-wheeler category dominates the industry in terms of volume due to a growing middle class and a substantial portion of India's population being young. Furthermore, the sector's expansion was assisted by companies' increased interest in investigating rural markets.

India is a major automobile exporter with promising growth prospects in the next years. Furthermore, by 2022, India is expected to be at the forefront of the global two- and four-wheeler markets, thanks to a number of government and major vehicle manufacturer efforts. 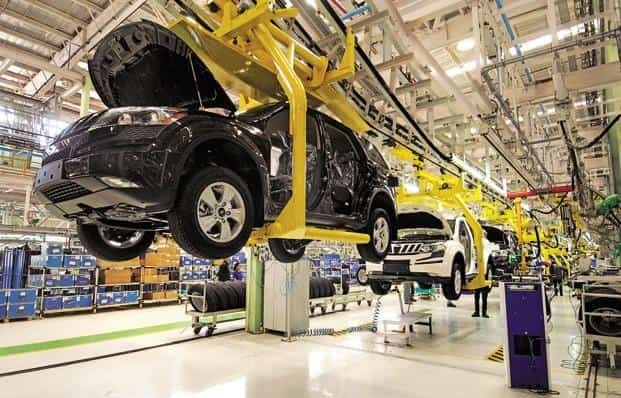 India's automobile sector is booming, thanks to the country's growing economy and technological advancements. Many enterprises and commercial ideas have flourished as a result of their efforts. If India's transportation system comes to a halt, the automobile industry would suffer; as a service provider, they keep our economy from imploding. The Indian Automobile Manufacturers' Society is the crown jewel of the transportation industry, with a plethora of career opportunities and economic opportunities. The automotive industry is a Pandora's Box for many smart and creative enterprises.

All categories grew in calendar year (CY) 2021, with overall sales increasing 5.8% to 18.49 million units, compared to 17.47 million units in January-December 2020. From 2.43 million units in CY20 to 3.08 million units in CY21, passenger vehicle sales climbed by 26.6 percent to 3.08 million units. The total number of commercial vehicles sold was 677,119, up 34% from the previous year's figure of 505,102. The total number of passenger vehicles produced in FY21 was 22.65 million. The domestic Indian car market is dominated by two-wheelers and passenger automobiles. Small and mid-sized cars account for the majority of passenger car sales. In FY21, two-wheelers and passenger cars accounted for 81.21 percent and 14.56 percent of the market share, respectively, with almost 17.8 million vehicles sold. 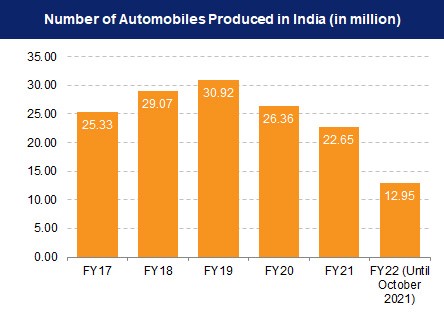 Total passenger vehicle*, three-wheeler, two-wheeler, and quadricycle manufacturing totaled 1,860,809 units in January 2022. The luxury automobile market sold 2,259 units in December 2021, representing a YoY increase of 19.7%, with Mercedes Benz being the most popular luxury car manufacturer. In the third quarter of FY22, passenger vehicle sales totaled 761,124 units. Automobile exports increased at a CAGR of 3.47 percent from FY16 to FY21, reaching 4.13 million units. The majority of India's exports were two-wheelers (79.38 percent), passenger vehicles (9.79 percent), and three-wheelers (9.52 percent). In the year 2021, 3680 premium motorcycles were sold in India. This represents a 21% increase over the 2020 figures.

Electric vehicle (EV) sales hit a new high of 5,592 units in the third quarter of FY22. Overall, 329,190 electric vehicles were sold in India in 2021, representing a 168 percent increase over last year's 122,607 units. India's EV finance sector is expected to reach Rs. 3.7 lakh crore (US$ 50 billion) by 2030, according to NITI Aayog and Rocky Mountain Institute (RMI). According to a survey by the India Energy Storage Alliance, the EV market in India is expected to grow at a CAGR of 36% until 2026. Additionally, the EV battery industry is predicted to grow at a 30 percent CAGR during the same time period.

How to Start Automobile Business in the Automotive Industry in India:

Know who you're dealing with (KYC):

To start an automobile spare parts business, you must first analyze the market. A successful business person should be able to read his or her consumers' thinking. Customers' demands should be emphasized, and the services provided should complement them.

The challenges surrounding the application of emission rules are discussed in this committee. The following are the main responsibilities of this committee:

Under Rule 126 of the Central Motor Vehicle Rules, 1989, the Government of India has selected ARAI as one of the key testing and certifying authorities. The Automobile Research Association of India (ARAI) is the country's largest automotive R&D organization, created in 1966 by the automobile industry in partnership with the Indian government.

The Automotive Research Association of India (ARAI) offers a wide range of certification and homologation services for automobiles, systems, and components. In addition, ARAI assists automobile manufacturers with export homologation. Singapore, the Netherlands, and Australia's international certification authorities have recognized ARAI for conducting testing in compliance with their requirements.

The Automobile Industry Standard (AIS) is an Indian automotive technical standard. AIS Certification was mandated by the Central Motor Vehicle Act of 1989.