Everything About Import License of Drugs and Cosmetics in India

India is one of the developing countries that is expected to reach the milestone of a developed country in a short span of time and Indian competency to provide drugs and medical equipment has been collecting praise around the globe, for decades. India is one of the biggest exporter of drugs and medical equipment’s to rest of the world. India has advanced since these past decades in the field of medicine which is considered as remarkable. India has started manufacturing medicines and new drugs and medical equipment for decades but India’s advancement in this field has surprised the whole world. India has come far way along and go head to head with the developed countries and is now in the category of countries like America, Russia, and UK. Given the advancement, India is now becoming the hotspot for countries those who expertise in the field of medicines and medicinal equipment and these countries now desire to invest in India and use the Indian services. This may sound exhilarating and a boon for India but can be threat to India as well if the entry or production of any drugs or equipment is left unmonitored.

Keeping in regard to the fouls, The Government of India formed the Central Drugs Standard Control Organization, which is the national regulatory body controlled and governed by the Directorate General of Health Services, which comes under the gamut of the Ministry of Health and Family Welfare. CDSCO is to India what Food and Drug Administration is to United States of America, Medicines and Healthcare Products Regulatory Agency is to United Kingdom, European Medicines Agency is to European Union and PMDA is for Japan. In the present time, everything is changing and so are the diseases to fight against any new disease or for combating any infection or disease already present, it is absolutely necessary to make new drugs and before manufacturing and distributing any such drugs, it is vital to ensure that it would not cause harm in any other way. This is where CDSCO comes in, specialise in and help the people.

As per the Drugs and Cosmetics Act, State authorities are concerned with the regulation of the sale, manufacture, and distribution of drugs and CDSCO authorities are the ones responsible for the approval of new drugs. CDSCO at central authority is the organization that regulates the functioning and responsibilities of approval of any New Drugs, Clinical Trials, Quality of imported drugs, conduct audit for WHO (World Health Organization), bring uniformity and transparency in its services, banning of drugs and cosmetics, laying down the standard for the drugs, coordination of the activities of the State Drug Control Organization and providing a vital element in the uniformity in the enforcement of Drugs and Cosmetic Act. CDSCO works to perform quality control tests as well with close context with Central Drug Laboratories. Government of India is expanding the scope of (CDSCO) Central Drugs Standard Control Organization by involving all medical devices including contraceptives and implants under the view of CDSCO.

Having its head quarter at New Delhi, CDSCO has multiple zone offices throughout India. As per the Drug and Cosmetic Act, State Authorities regulate the manufacture, distribution, and sale of drugs, licensing of drug testing laboratories, approving of drug formulations for the purpose of manufacture, and carry out inspections that may be post-licensing or pre-licensing. State authorities are also responsible to oversee the process of manufacture of drugs by respective states as well as those marketed in the state. And also the investigation and contravention of legal provisions.

DCGI (Drug Controller General of India) comes under the array of Central Drugs Standard Control Organization as well. DCGI regulates medical and pharmaceutical devices under the gamut of Ministry of Health and Family Welfare. CDSCO works with Drugs Consultative Committee (DCC) and Drugs Technical Advisory Board (DTAB) for regulation of imported drugs as authority while the Central Drugs Laboratory tests such drugs. It is further divided into zonal offices which are responsible for post market surveillance, post, and pre-licensing inspections, and recalls. DCGI is the one who would approve any license of specified categories of Drugs like I.V. Fluids, blood and blood products, Vaccines, and Sera. Manufacturers dealing with the authority shall name an AIR (Authorized Indian Representative) for the purpose of representation in deals with the CDSCO in India.

It is study relating to the pharmaceuticals and are quite important as well as can be threatening. CDSCO is the responsible to monitor such studies for the sake of the safety of public.

BE is the abbreviation of Bioequivalence. It means the extent and rate of absorption of a drug product are not statistically and significantly different from the reference product which was administered at the same molar dose.

The office of Drugs Controller General (India) is at CDSCO (HQ) FDA Bhawan, New Delhi. And has been busy as it is receiving constant applications from the applicant who requests to carry out BE/BA studies on Indian subjects for various pharmaceutical dosage formulations. But the application cannot be granted by the DCG (I) unless the tolerability of generics and demonstration of safety against the corresponding innovator drugs. And only after ensuring that these are comparable and safe for consumption. ’Vivo equivalence’ and ‘bioequivalence (BE)’ studies can help in the determination of an assessment of ‘interchangeability’ between the innovator product and the investigational. DCG (I) would also ensure that the documents submitted to the directorate for review and approval of BE-NOC for the purpose of export meets the tenets of Schedule Y of Drugs and Cosmetics Act 1940 and Rules 1945 as well as the Indian Good Clinical Practices Guidelines (GCP) guidelines.

The applicant desiring such services can submit the said application for Test License and BE NOC through online portal namely, Sugam Portal in the applicable checklist. Assistant Drugs Inspector/Drugs Inspector (Reviewing officer) will process the said application and then would send it to the ADC (I) (Nodal Officer) for further scrutinizing. The said application will be then regulated to DDC(I) (Deputy Decision Authority)/JDC(I) (Decision Authority) for the purpose of recommendation and approval and in lieu of that DCG(I) (Licensing Authority) would then grant the BE NOC & Test License to the applicant by the way of online Sugam Portal.

With the passage of time, new drugs are becoming necessity more than a complementary. Given the present times, everyone in the entire world is waiting for a new drugs to fight the growing diseases in the world. And no new drug can be launched and be distributed without the license from CDSCO.

It is necessary to ensure that the drug is safe and worthy for use in humans before approving the said drug is approved for manufacture and marketing and import in the country. Drugs and Cosmetics Rules 122A, 122B, 122 DAB, 122DAC, 122DD and 122 E and Appendix I-XII of schedule Y, which describe the required data/information requisite for approval of clinical trial and to import or manufacture new drug for the purpose of marketing in the country.

New drugs defined under Law 122-E Drugs and Cosmetic Laws as a drug, including phytopharmaceutical drug or bulk drug substance that is not used in the country at a critical level under prescribed, suggested or recommended conditions for labelling and are not considered effective and safe by licensed licensing authority. A drug that has already been approved by the License Act referred to in Rule 21 for certain claims, now proposed to be marketed with modified or new claims, namely, indicators, rating, rating form (including continuous release form) and route of administration. A fixed-dose combination of two or more drugs, individually allowed to receive certain claims, now proposed to be combined for the first time in the prescribed dosage, or if the dosage of ingredients already marketed is proposed to be modified, certain claims, viz. indicators, dosage, dosage form (including continuous release form) and management route. All vaccines and Recombinant DNA (r-DNA) derived shall be new drugs unless otherwise approved by the Licensing Authority under Rule 21. The new drug will continue to be considered as a new drug for a period of four years from the date it was first approved.

At present times, only notified medical devices are regulated as Drugs under the Drugs and Cosmetics Act 1940 and Rules made thereunder in 1945.

Amendments for this structure are expected soon from the government. Government is working on a bill to add more devices in this list.

Some of the important regulations in relation to these devices are as:

This is the division involved in convening and organizing meetings of Drugs Consultative Committee and Drugs Technical Advisory.

The functions of this committee is as follows:

(i) Notices of not less than 35 specific days of every meeting shall be given to each member of Board, provided that the Chairperson: -

(ii) Notices will be sent to the latest address provided by the Secretary by board members.

For this purpose drug includes

All medicines for external or internal use of human beings or animals and all substances intended to be used for or in the mitigation, diagnosis, treatment, or prevention of any disease or disorder in human beings or animals which includes, preparations applied on human body for the purpose of repelling insects like mosquitoes.

At present, bulk drug (Active Pharmaceutical Ingredients) and finished formulations are regulated under the said Act. Any substance falling within the definition of drug (Section 3b of the Act) required to be registered before import into the country. Not only drug but the manufacturing site needs to be registered for import. The application for Registration Certificate and import License can be made to the Licensing Authority under the Act i.e. to the Drugs Controller General (I) at CDSCO, FDA Bhawan by the Local Authorized Agent of the foreign manufacturer having either manufacturing or sale License or by the foreign manufacturers having a whole sale License in the country through online application system “SUGAM”.

Functions of CDSCO in regards of biologics are:

Stem based and cell-based products (Biological) –

In terms of Section 3 (aaa) of the Drugs and Cosmetics Act, 1940 "Cosmetics" means any substance intended to be anointed, poured, sprayed, or injected, or otherwise used, on the human body or in any part thereof to cleanse, beautify, enhance attractiveness, or to change the look and include anything intended to be used as part of cosmetics. ”

CDSCO’s Functions in Regards of Cosmetics Can be Termed as:

To conclude CDSCO is the authority that is responsible to prevent any mishappening in the field of medicines and medical equipment’s and the Government have been working very hard to make this authority work in a transparent and effective manner. And this authority is the need of the hour as India being a developing country and on its way to being specialized in the field of medicines and medical equipment’s have to prevent any harm as it would affect mass chunk of population dependant on the medical field.

Dheeraj Budhori, an Internet Researcher & SEO, started his Optimizer journey in 2019. His top executive is his passion for search engine analysis & interest in understanding User psychology 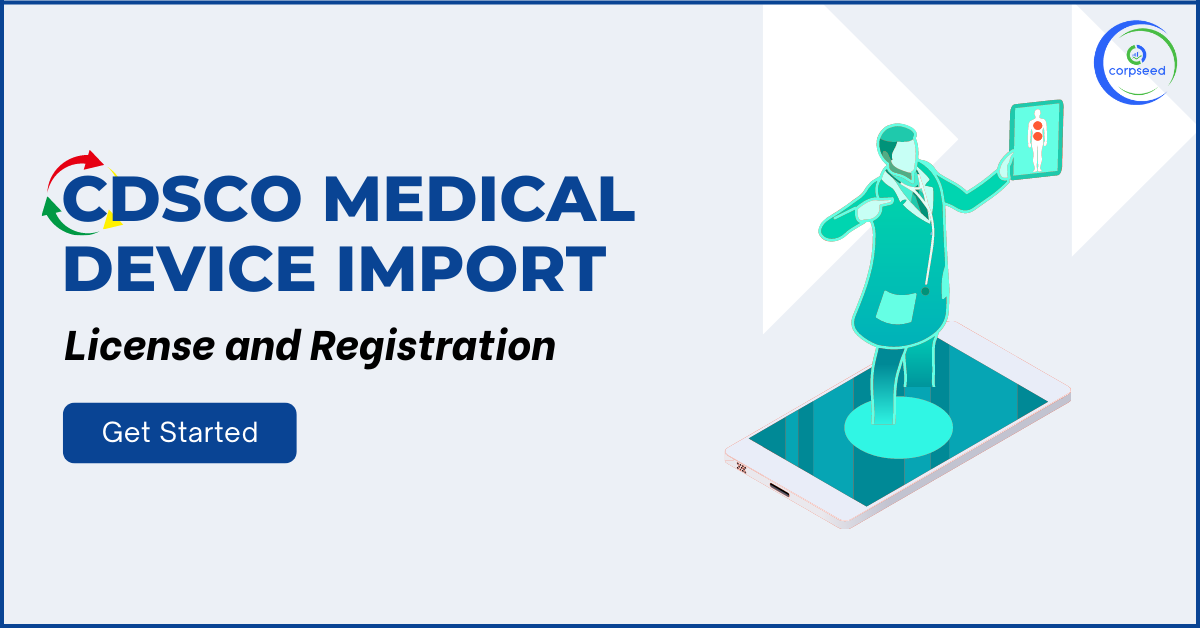 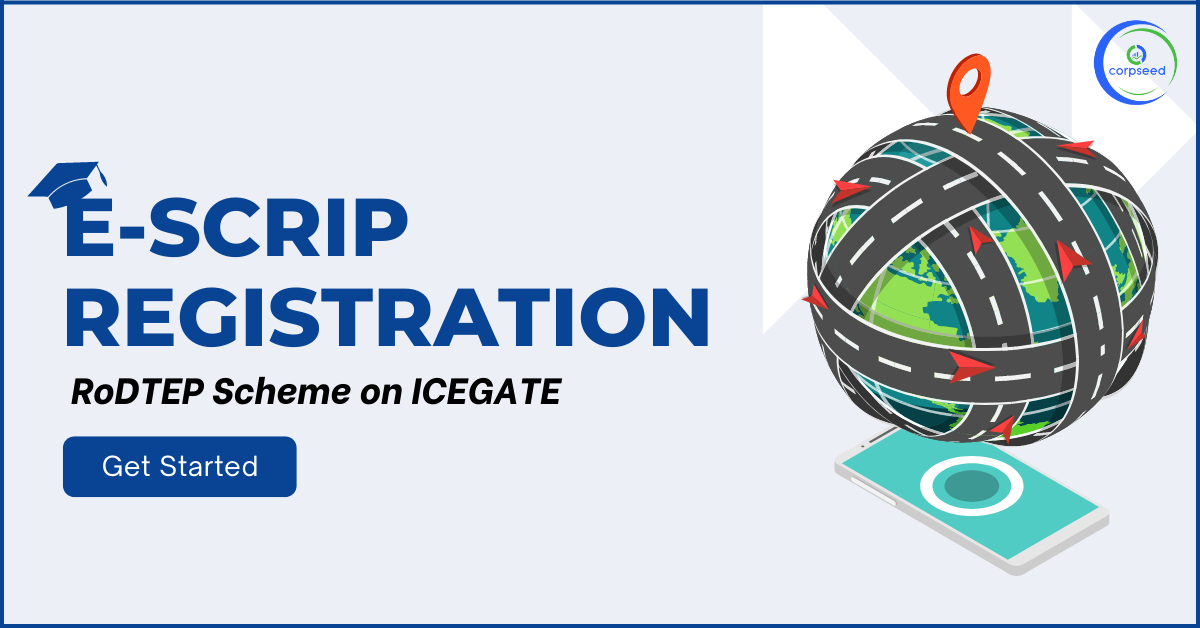 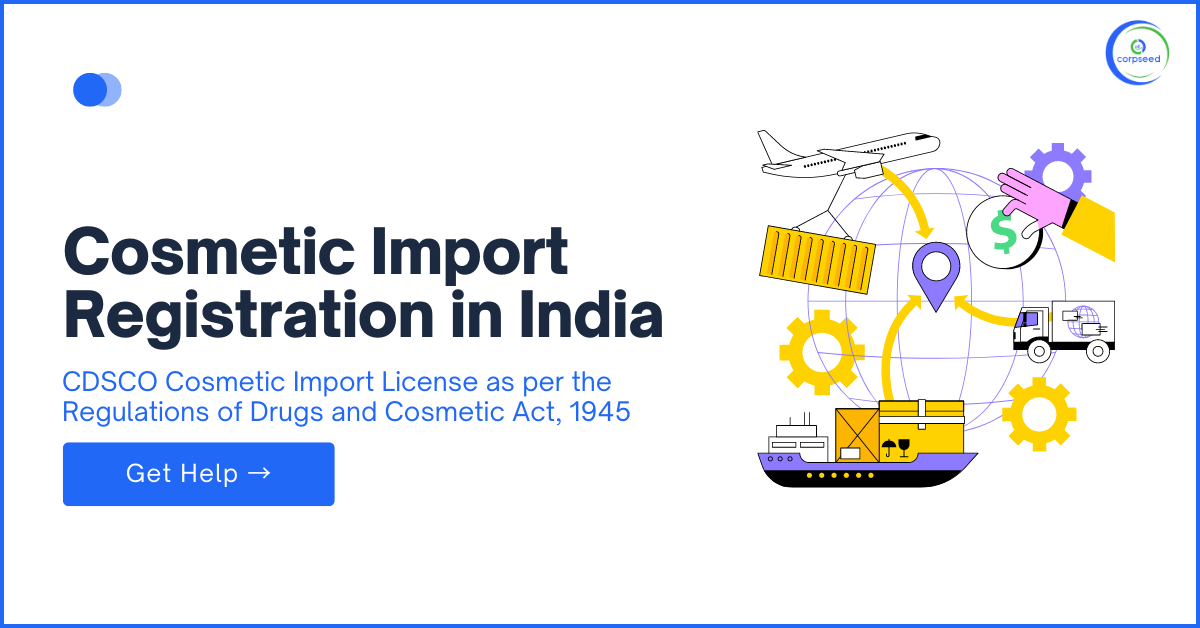 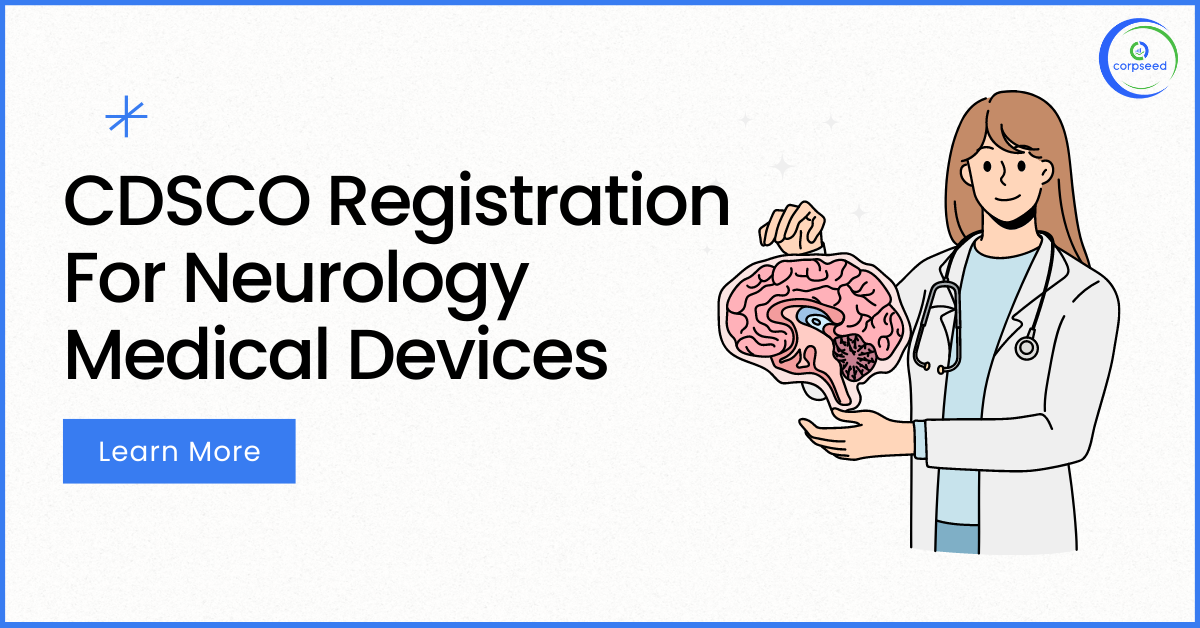 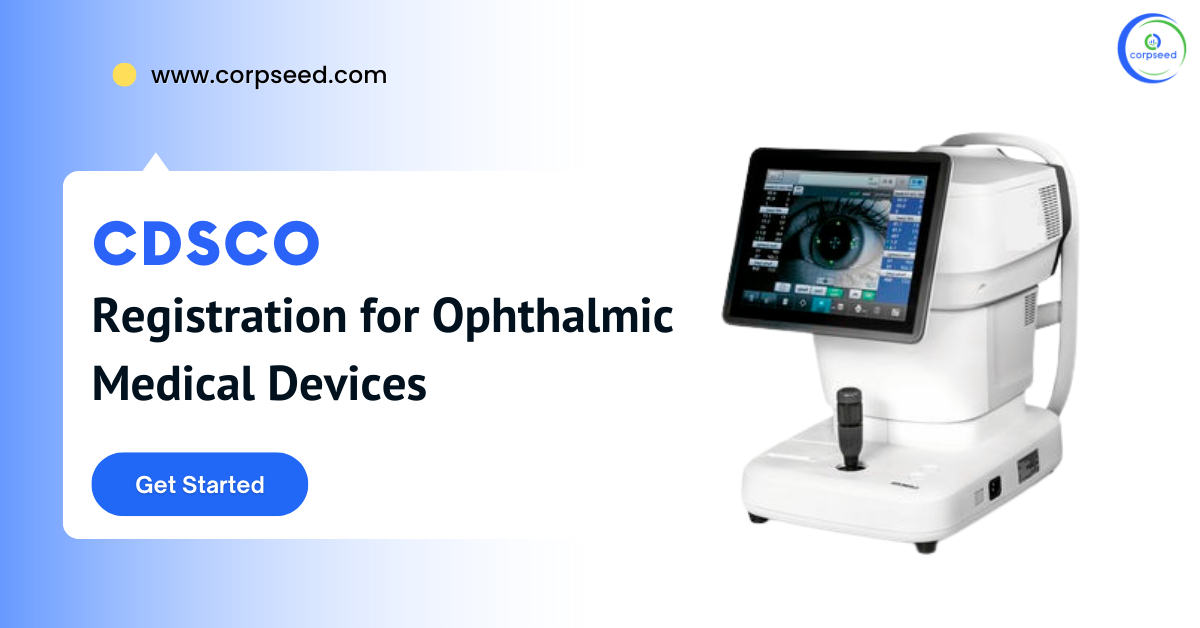 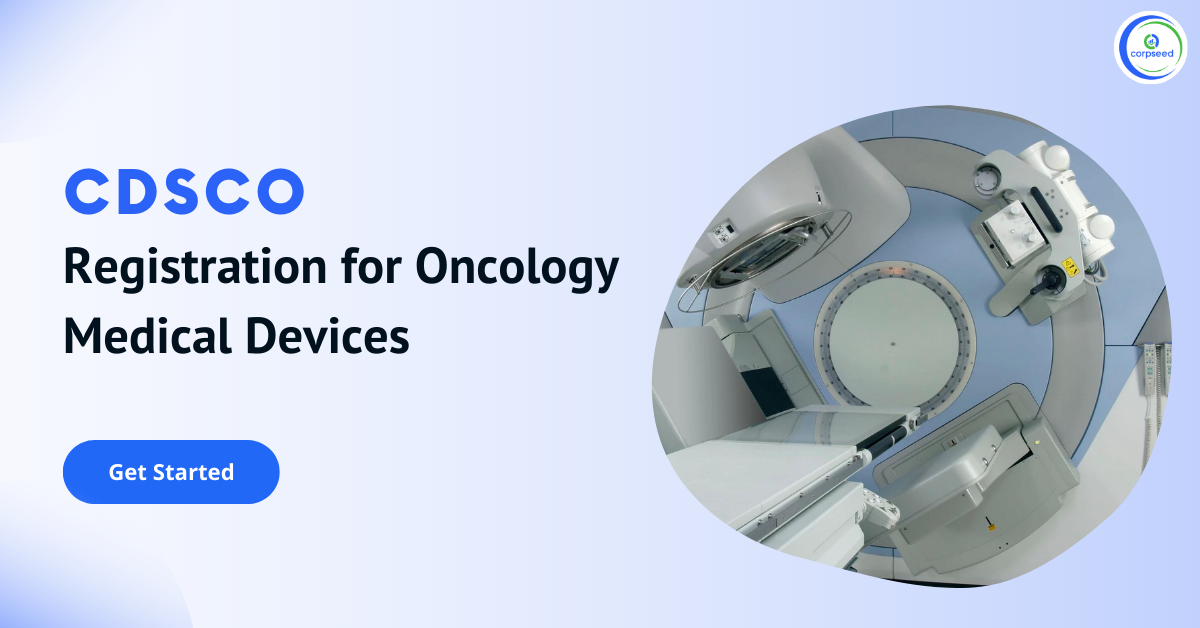