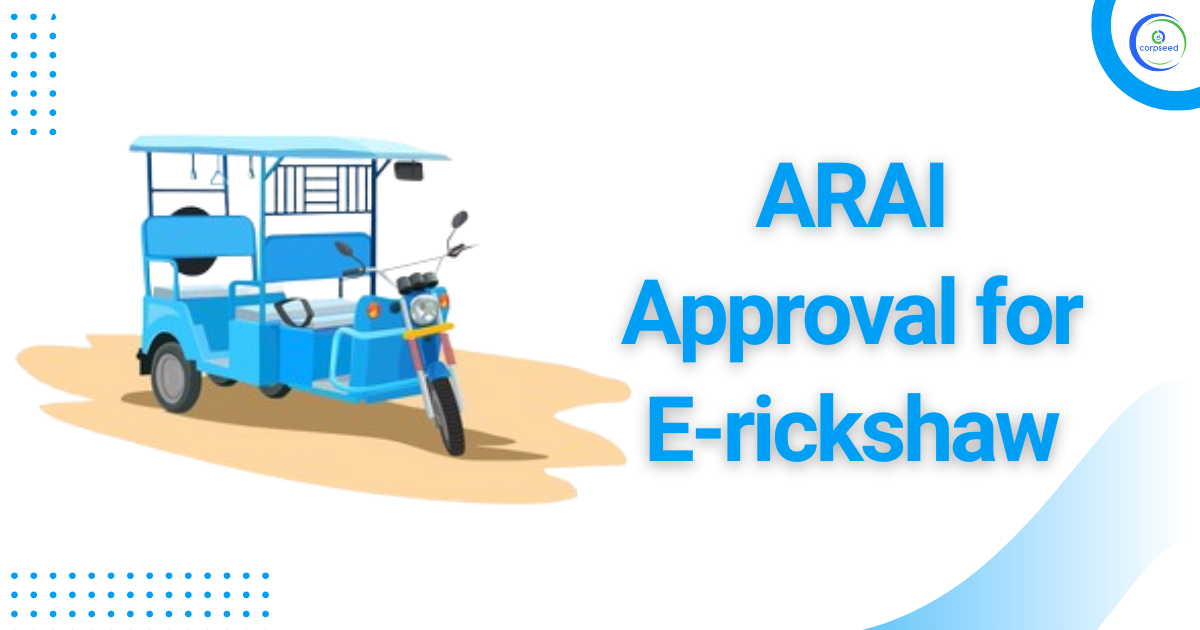 What is ARAI Approval?

ARAI is also known as the Organization for Scientific and Industrial Research (SIRO). Furthermore, the Government of India has designated ARAI as the primary testing and certification agency under Rule 126 of the Central Motor Vehicle Rules, 1989.

Furthermore, the ARAI's job is not limited to vehicle testing and certification; it also plays an important part in assuring vehicle safety, low pollution, increased efficiency, and authenticity.

Is ARAI approval mandatory in India?

In India, ARAI registration or testing is required for all vehicles, whether they are two-wheelers, three-wheelers, or four-wheelers. As a result, obtaining ARAI accreditation to produce vehicles in India is critical.

As a result, ARAI offers comprehensive certification and homologation services for any automotive vehicle, system, or component. It also inspects and certifies the vehicles and engines listed below, which are utilized for both automotive and non-automotive purposes. ARAI aids car manufacturers with export homologation activities in addition to testing and certifying automobiles.

Why You Should Invest in E-rickshaws?

E-rickshaws have been utilized in India for a long time, but they have yet to enter the mainstream. These rickshaws employ batteries as a substitute for non-biodegradable fuels like petrol and diesel, reducing the strain on nature and saving the environment. The idea of conserving the world and decreasing pollution has gone over well with the public, and the advent of E-Rickshaws has created a stir because it has a natural element to them.

In contrast to the shortcomings of traditional rickshaws, such as their inefficiency and lack of speed and weight capacity, E-rickshaws are extremely beneficial to society. These are the cars of the future and present, those that will assist us in protecting the environment and meeting our needs in a sustainable manner.

On Indian roadways, auto-rickshaws are the most frequent kind of transportation. They run for virtually the entire day and consume a significant amount of gasoline in the process. Switching to E-Rickshaws would surely result in a significant reduction in the area's pollution levels.

India, as one of the world's most polluted countries, demands alternatives such as E-Rickshaws, which would result in significant reductions in pollution levels. With efficiency and environmental friendliness at the forefront, these vehicles could be the key to bringing technological advancements to the country while also making it less hazardous and dangerous to visit. 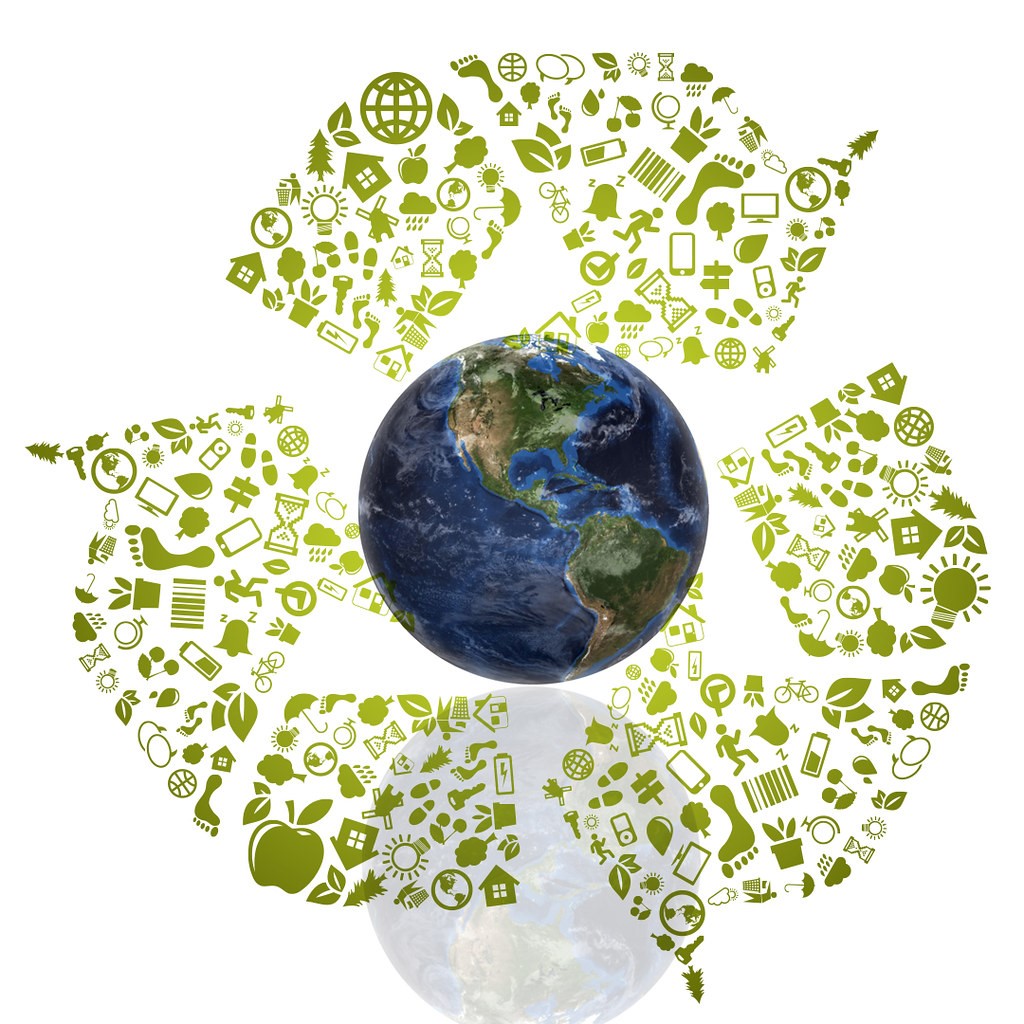 As previously stated, normal Auto-Rickshaws emit significant amounts of pollutants as a result of the combustion of fuels such as diesel and petrol. The production of significant volumes of smoke not only degrades the quality of nature but also makes it difficult for individuals nearby to breathe. Auto-rickshaws contribute to the rise of the pollution index in a country like India with a high pollution index. The introduction of E-Rickshaws, particularly in Delhi, will improve the living standards of local residents. They do not release dangerous substances into the air because they employ non-polluting batteries. This is beneficial to both the environment and the residents of the area. It also helps in the long run, because the strain on the oil industry might be reduced even slightly, with the added benefit of protecting the planet.

Regular auto-rickshaw fares are increasing by the day. The starting price is increasing even for short trips. Its acquisition and upkeep would require more funds. E-Rickshaws are relatively inexpensive compared to other vehicles and can be bought by ordinary people, allowing this product to reach a large number of people. This benefit extends not only to the user but also to the passengers, who will pay lower fares than traditional rickshaws. Because these vehicles do not utilize gasoline or diesel and instead rely on rechargeable batteries, travel expenses are inexpensive, efficient, and accessible to people from all walks of life.

When opposed to the laborious task of manually pulling rickshaws, these E-Rickshaws are more comfortable to drive. Furthermore, they require significantly less maintenance than other cars. It's built properly and solidly, with little possibility of breaking or becoming distorted. E-Rickshaws have a larger turning radius than traditional rickshaws. Given India's severe traffic problem, these rickshaws would be able to cut through it and are especially useful on narrow roads in isolated places. Traditional rickshaws are cumbersome and difficult to maneuver in congested locations, but E-Rickshaws, with their lightweight and efficient structure, can easily overcome this challenge.

E-Rickshaws, as a new venture, has a lot of promise among the general population. Rickshaw drivers are mostly from the lower socioeconomic strata. Introducing a new concept to these folks would offer them a new source of income. Increased employment prospects provide job security to a large number of families, which can help them financially. Families could purchase and operate an E-Rickshaw, providing them with additional revenue. Because no gasoline is consumed, repairs and maintenance will be much less frequent than with traditional vehicles. According to statistics, E-Rickshaws have provided employment chances to over 1 lakh persons in Delhi to date. It might be a lifetime investment for families because it is simple to handle and maintain while also providing an opportunity to contribute to the advancement of society.

E-Rickshaws are extremely long-lasting and would be a considerable investment. They will survive longer and generate more revenue with less frequent upkeep. They produce fewer vibrations and noise than traditional rickshaws, minimizing noise pollution. As a result, it improves accessibility and comfort for both the driver and the passengers. It also offers a pleasant driving experience on India's crowded and congested highways, with reduced noise generation and no pollution. It is safer to use and completely eco-friendly because it works on batteries. It emits no smoke because it does not use non-renewable fuels, making it more comfortable for users and safer for the environment. It is user-friendly and entertaining due to its open structure and secure handling.

The key advantage of this vehicle is its easily rechargeable batteries, which might significantly increase its survival rate. The batteries can be charged after short periods of time to ensure smooth operation with minimal lagging. Parts of ordinary rickshaws could be taken and turned into E-Rickshaws because the basic structure is quite simple. This might drastically reduce metal scraps or waste by repurposing existing vehicles. Hundreds of rickshaws may be employed for a good purpose, and pollution could be decreased significantly as a result of this approach.

These are the general advantages of E-Rickshaws, with pollution reduction being the most important. If the Indian population was completely aware of its uses and benefits, it may be the most popular vehicle. At a time when pollution is rampant, with by-products such as smog, innovative and environmentally friendly solutions like this with a natural twist are critical. With benefits such as upliftment of the lower classes and comfortable travel, this vehicle has the potential to play a key part in the country's growth.

How to Get ARAI Approval?

Note: If the manufacturer fails to repair, modify, or replace the sample within three months, the supplier's application will be withdrawn. As a result, the provider will have to submit a new application.

Understanding how to obtain an ARAI approval might be time-consuming and difficult. However, our knowledgeable and experienced team will be able to address all of your worries.

Because we understand the necessity of certifying or acquiring the certificate, our consultants will work directly with the ARAI registration authority to ensure correct follow-ups, documentation, and so on. As a result, our team will continue to work to acquire ARAI clearance.