The internet is undoubtedly the most significant technological development in human history.

Although the business has progressed significantly since its inception, it now resembles the automobile industry in 1920, in that it is a game-changing technology that has been around for 20 years but is still immature and in need of big upgrades.

"A collaborative medium, a place where we [could] all gather and read and write," said Tim Berners-Lee of the internet. AOL, Compuserve, early Yahoo, and other portals quickly dominated an interconnected computer system created for scientists to share studies.

These online service providers paved the stage for Web 1.0, when companies, individuals, and governments began to consume and occasionally provide content. The browser wars began when Netscape introduced its web browser in 1994, sparking the dot-com boom.

Unlike Web 1.0, where "content creators were few... with the vast majority of users simply acting as consumers of content," according to Graham Cormode and Balachander Krishnamurthy, Web 2.0 introduced the "'Web as Platform,' where software applications are built upon the Web rather than on the desktop," according to John Battelle and Tim O'Reilly.

This allowed a large number of people to contribute to the creation of the material on social networks, blogs, sharing sites, and other platforms. The media, advertising, and retail industries have all been impacted by search engines and social media platforms powered by user-generated content. As a result, big retail and publishing enterprises that failed to adapt have vanished or are struggling to survive.

The economic model of Web 2.0 is based on user interaction in order to generate new content and profile data that can then be sold to third parties for marketing purposes. Indeed, the internet has evolved into a large app market, dominated by centralised apps from Google, Facebook, and Amazon, where everyone is attempting to cultivate an audience, collect data and monetize that data via targeted advertising. Web 2.0's business model, in my opinion, is predicated on the centralization and exploitation of data, as well as its usage without users' meaningful consent. 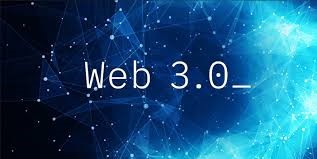 The Semantic Web was predicted to be the next generation of the internet five years ago. Berners-Lee coined the phrase to envision a web in which machines interpret content in a human-like manner (i.e., a "Global Brain" in which all data is related and comprehended both contextually and conceptually).

For a variety of reasons, the Semantic Web did not materialise. The main issue was that the true AI technology, known as RDF (resource description framework), was nearly impossible to put into practice. How can a machine distinguish between a jaguar (the animal) and a Jaguar (the automobile)? Understanding the context in which it is being explained is the only way to tell the difference.

The effort of connecting concepts and creating taxonomies for each word is enormously challenging. It was so complex that, despite IBM's Watson investing billions in research and development, the technology never really took off.

Web 3.0 is, in many aspects, a return to Berners-original Lee's web, where "no permission from a central authority is required to post anything... there is no central controlling node, and thus no single point of failure... and no "death switch"!"

Data decentralisation will be enabled by the advent of technologies such as distributed ledgers and blockchain storage, which will replace Web 2.0's centralization, surveillance, and exploitative advertising with a transparent and secure environment. Individuals will be able to legally control their data thanks to decentralised infrastructure and application platforms that will displace centralised tech companies.

Between 1999 and 2004, Web 2.0, popularised by O'Reilly and others, shifted the world away from static desktop websites built for information consumption and provided from expensive servers to interactive experiences and user-generated content, which gave birth to Uber, and Airbnb, Facebook, and Instagram. Three fundamental layers of innovation fueled the emergence of Web 2.0: mobile, social, and cloud.

We evolved from dialling up to the internet a few hours a day at home on our workstations to a "always connected" condition — the web browser, mobile apps, and personal notifications were now in everyone's pocket.

The Internet was essentially dark and anonymous until Friendster, MySpace, and eventually, Facebook was launched in 2004. From encouraging people to share images online with specific friend groups to surrendering our homes to unknown tourists on Airbnb, and even jumping into a stranger's automobile with Uber, these social networks enticed users into good behaviour and content development, including recommendations and referrals.

The cloud commoditized the creation and maintenance of web pages and apps by aggregating and refining mass-produced personal computer hardware over a global network of massive data centres. Companies might move away from purchasing and maintaining their own costly and dedicated infrastructure and instead rent storage, computation power, and management tools on demand. Low-cost resources that scaled as their company evolved may assist millions of entrepreneurial endeavours.

Indeed, data ownership and compensation are one of the most important implications of decentralisation and blockchain technology. I believe the web will represent its original intent as we move toward Web 3.0 and the technology that supports it mature and become scalable.

Berners-Lee could not have predicted that internet behemoths would come to control the web and profit from our data. Chronic interruptions, which have become the standard in Web 2.0, will vanish when decentralisation allows for transparent, opt-in, peer-to-peer connections, allowing people to take control of their valuable time.

To summarise, Web 3.0 will make the internet more equitable by allowing individuals to be sovereign. True sovereignty entails controlling one's time and knowledge and being able to control who profits from it. Individuals will be able to connect to an internet where they can own and be properly compensated for their time and data, eclipsing an exploitative and unjust web where giant, centralised repositories are the only ones who own and profit from it, thanks to Web 3.0's decentralised blockchain protocol.