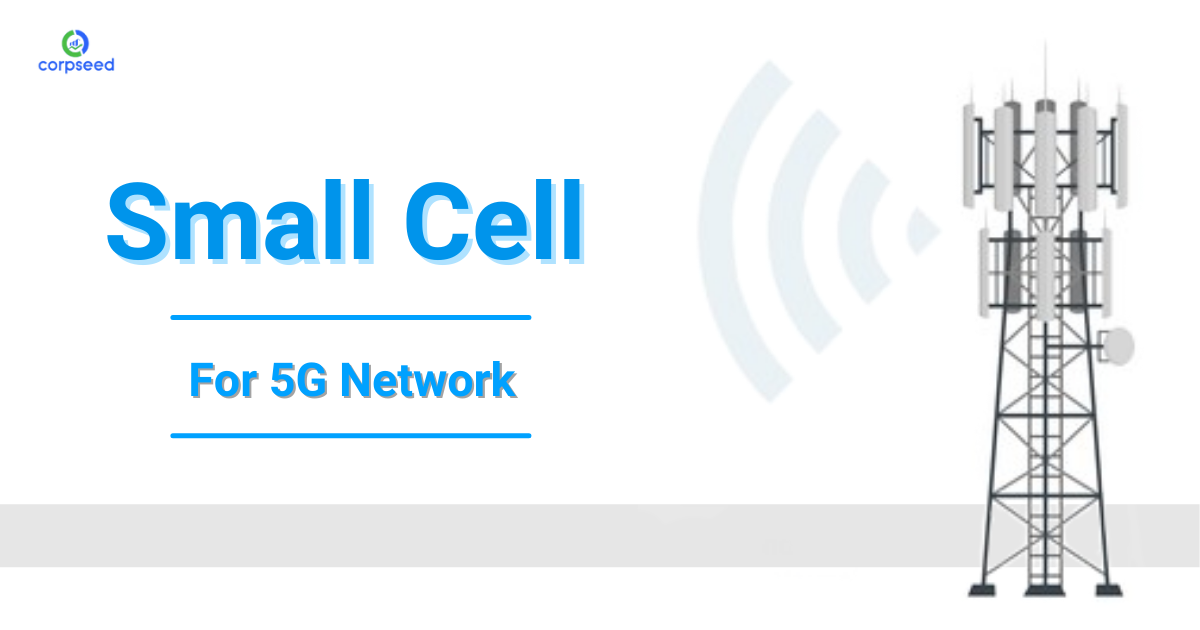 What is Small Cell?

A small cell is an umbrella word for a radio access point (AP) or wireless network base station with a small footprint, range, and radio frequency (RF) power output. Small cells improve cellular network coverage and capacity in locations with high demand, such as highly populated city centers. The fifth-generation (5G) tiny cell is set to usher in a major era of innovation, ensuring dramatically increased signal penetration and superior coverage in the future.

The Small Cell Forum predicts that 38.3 million small cells will be installed by 2026, with companies accounting for the majority of deployments, followed by urban and rural service provider environments.

But what exactly is a 5G tiny cell, and why does it matter? Consider a 5G small cell to be a cross between a Wi-Fi router and a cellular network's macrocell. Small cells have a wide range of applications due to their small size and low power consumption. A 5G small cell, for example, can be used to extend a private or corporate network within an organization or to provide an extension from the main network into densely populated areas.

How Does Small Cell Work?

Operator-controlled small cells can be placed in a licensed, shared, or unlicensed spectrum indoors or outdoors. The name of these small base stations was inspired by the device's physical size.

Small cells differ significantly from microcells, which are the tall cell towers that most people are familiar with seeing on the highway or on the tops of buildings. Small cells are roughly the size of a pizza box and are much smaller.

These low-powered small cell stations are put every few blocks to supplement microcells in densely populated regions since they are small and compact. Small cells are typically attached to physical structures such as building sides, streetlights, and signage by mobile operators running carrier networks in this situation. They're necessary for data transfer to and from wireless devices.

What Are Small Cells in Telecom Industry?

Small cells improve coverage in a given area by adding focused capacity to macro communications networks. Small cells also enable high-speed wireless Broadband and all that entails to be provided in more places, enabling new services and an improved user experience (UX).

Small cells use the low-, mid-, and high-band spectrum to transmit data. They also use a variety of spectral frequencies to maximize network bandwidth, data transfer, and speed. Small cells, on the other hand, have a range of 10 meters to 2 kilometers (km).

Small cells come in a variety of shapes and sizes, with varied ranges, form factors, and power levels depending on the application. In urban, outside settings, mobile operators only employ the largest small cell units, whereas indoor environments only use the smallest.

The Following Are The Three Categories of Tiny Cells:

Femtocells. With a usual maximum range of 10 meters, these devices are similar to wireless routers. Femtocells are small cell phones that can only support a few users at a time and are typically used indoors.

Pico cells. Pico cells, which have a range of up to 200 meters and can handle up to 100 users, are frequently used in larger interior spaces such as hospitals, airports, and railway stations.

Microcells. These are the most powerful tiny cells, with a range of up to 2 kilometers. Traffic lights and street signs are frequently equipped with microcells.

What is a small cell in LTE?

Small cells, which are self-organizing and built on layers with microcells, play a crucial role in Long-Term Evolution (LTE) networks. A tiny cell is connected to the core mobile network via the internet utilizing broadband technology indoors or the cloud via a wireless backhaul method outdoors. This method ensures that both fourth-generation (4G) LTE and today's emerging 5G networks have optimal coverage and capacity.

What is a Small Cell Backhaul?

The transmission connections between a mobile network operator's core network and the small cell are referred to as small cell backhaul. Almost any broadband internet service, such as fiber, wireless, cable, and DSL, can be used for this purpose (DSL).

Benchmarking tests are necessary to ensure acceptable transmission rates because the performance of the broadband link can potentially affect the quality of service (QoS). Small cells monitor available bandwidth and limit their own capacity by restricting the number of concurrent calls they process at any given time in a live operation.

Mobile operators can potentially benefit from virtualized cells to boost agility and scalability while lowering costs. This method replaces unique hardware with software that can run on common computing systems, allowing wireless carriers to slice their network into smaller chunks, a process known as network slicing, which is a crucial aspect of 5G. To implement virtualization in the radio access network (RAN), carriers must split the base station functionally between the real and virtual networks using a haul transport interface.

Why is Small Cell Important to 5G?

However, 5G tiny cell technology is still in its early stages, and it is uncertain how it will be implemented. While tiny cells have technical constraints, they will be at the center of 5G hotspots in urban areas.

Small cells provide a number of advantages to mobile operators and their customers, including the following: