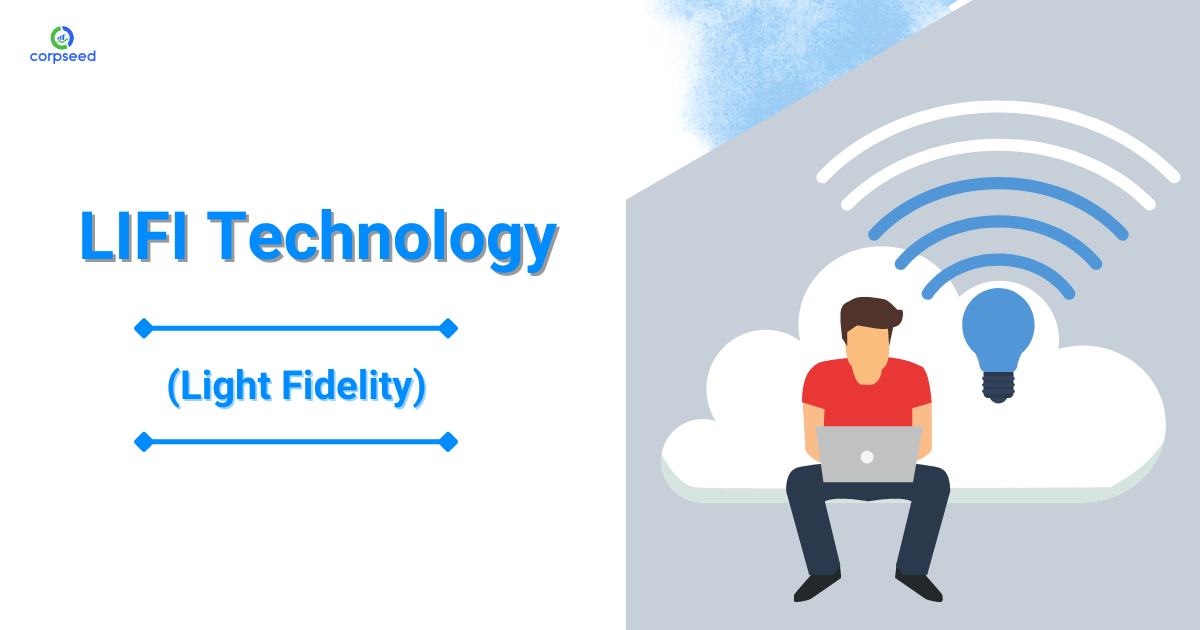 LIFI is a wireless optical networking technology that uses light-emitting diodes that is LED for data transmission. LIFI is designed to use LED light bulbs similar to those currently in use in many energy-conscious homes and offices. However, LIFI bulbs are outfitted with a chip that modulates the light imperceptibly for optical data transmission. LIFI data is transmitted by the LED bulbs and is received by photoreceptors. So LIFI early development modules are capable of 150 Megabits per second. Some commercial enabling speed has been released in the lab with stronger LED and different technology. Researchers have enabled 10 Gigabits per second which is faster than the latest WIFI technology. 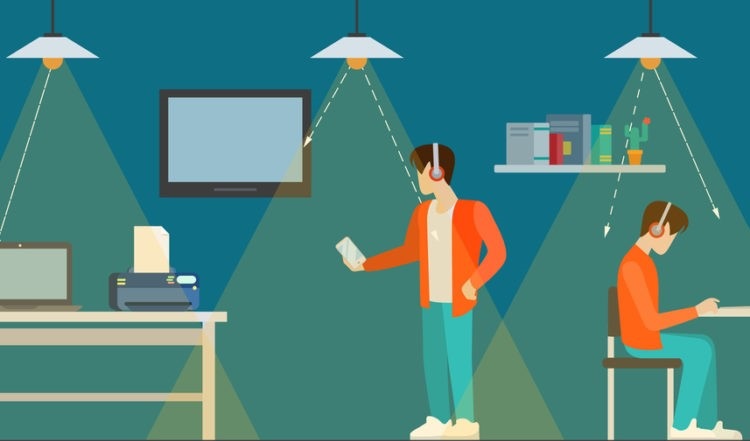 Let’s understand how LIFI works. You might have heard about WIFI which is another technology that is used in order to transmit the data. LIFI and WIFI are quite similar as both transmit data electromagnetically. However, WIFI uses radio waves while LIFI runs on the visible light spectrum. As we know now LIFI is a visible light communication system, which means it does accommodates a photodetector to receive light signal and a signal processing element to convert the data into streamable content. An LED light bulb is a semiconductor light source meaning that the constant current of electricity supply to an LED light bulb can be dipped and dimmed up and down at extremely high speed without even being visible to the human eye. For example, data is fed in an LED light bulb with signal processing technology it then sends data embedded in beams with rapid speed to the photodetector which is a photodiode.

The timely changes of the rapid dimming of light bulbs is then converted by the receiver into electric signals. The signal is then converted back into a binary data stream that we would recognize by Video and Audio application. That turns on internet-enabled devices. So this is how basically LIFI technology works.

LIFI signals cannot pass through the walls so in order to enjoy full connectivity capable LED bubs needs to be placed throughout the home. LIFI requires a light bulb is on all times to provide connectivity meaning that the lights need to be on during the day. Additionally, where there is a lack of light bulbs there is also a lack of internet. So LIFI does take a hit when it comes to public LIFI networks. However, using LIFI instead of WIFI you will get a lot of security problems associated with shared and often overloaded broadband networks. It will also be advantageous in areas where the radio frequency range does not reach. Due to impressive speeds, LIFI could make a huge impact on the internet of things too. With data transfer at much higher levels with even more devices able to connect to one another.

LIFI is a high-speed bi-directional network and mobile communication of data using light. LIFI comprises of multiple light bulbs that form a wireless network. Whereas electric current is applied to an LED light bulb extreme of light that is photons are emitted from the bulb. LED bulbs are semiconductor devices which means that the brightness of the light flowing through them can be changed at extremely high speeds. This allows us to send us a signal by modulating the light at different rates. The signals then can be received by the detector which interprets the changes in light intensity.

The intensity modulation cannot be seen by the human eye and thus communication is just as seamless as other radio systems allowing the users to be connected where there is LIFI enabled light. Using this technology data can be transmitted from a LED light bulb at high speeds.

LED lights used to transmit LIFI signals are modulated at such a fast rate that the eye cannot perceive the modulation or flicker. This is similar to the way our eyes do not interpret the break of filling frames in motion pictures. Just as you see a smooth motion on the cinema screen you will see an uninterrupted source of steady light streaming from a LIFI enabled luminaire. As a comparison, the lowest frequency at which the lights are modulated is 1 megahertz and this is 10,000 times higher than the refresh rate of our computer screens.

LIFI can operate in daylight and even in direct sunlight conditions as the modulated light can still be detected. LIFI relies on detecting the facts changes in the light intensity and not on the slowly changing levels by the natural disruption in sunlight. LIFI technology modulates the light at very high rates and the sunlight is constant light and therefore can be filtered out at the receiver.

If the light is turned off there is no LIFI however, LIFI technology can be enabled to dim low enough that the room will appear dark and still transmit data. This is consistent performance 10 and 90 % illumination.

The LIFI does not work in one’s pocket unless you have a transparent suit. LIFI is a complementary technology that works along with other wireless technologies such as WIFI. If the light signal to a LIFI enabled device is below the receiver threshold then it will not receive data. In that instance, the radio systems or cellular networks if available will continue to deliver data. However, the moment the device begins to receive light from a LIFI light bulb then the device will resume high-speed communication using light as an additional communication medium.

LIFI is significantly more secure than other Wireless technologies because light can be contained in a physical space. Our doors and windows can be shut and physical barriers and adjustments can be implemented to contain and protect the light. It should be understood that the existing security protocol for encryption and authentication can be leveraged in LIFI systems to provide even more secure wireless systems.