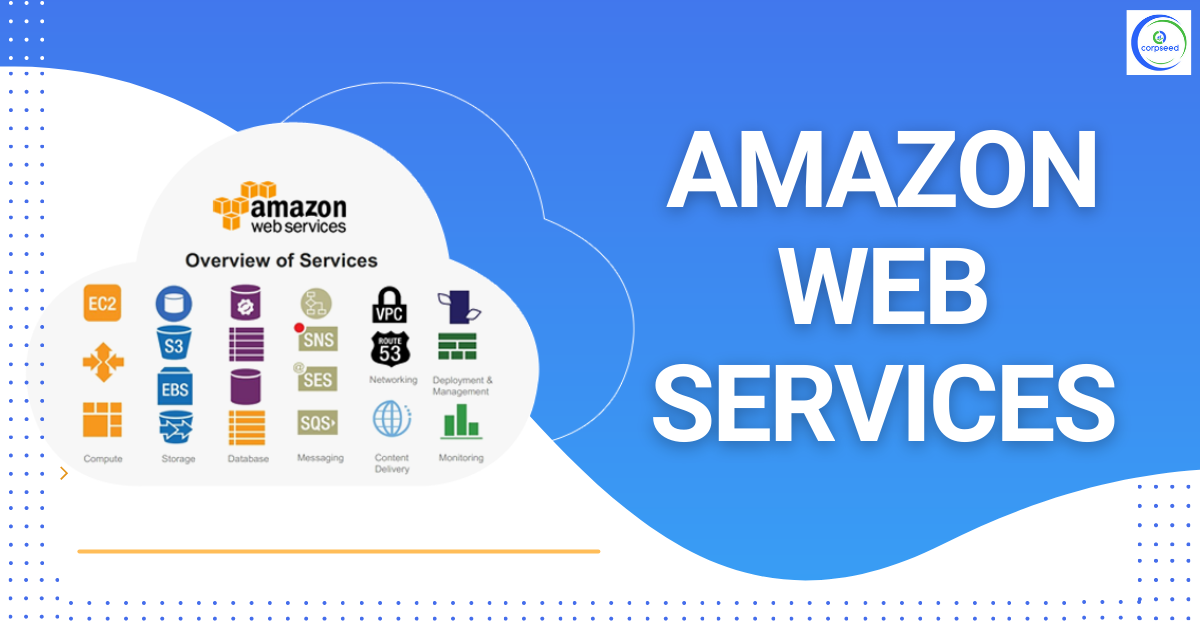 What Is Amazon Web Services (AWS)?

Amazon Web Services (AWS) is Amazon's comprehensive cloud computing platform, which includes infrastructure as a service (IaaS), platform as a service (PaaS), and packaged software as a service (SaaS) offerings. AWS services can give computer power, database storage, and content delivery to a business.

AWS was founded in 2006 as an extension of Amazon.com's internal infrastructure for handling its online retail operations. AWS was one of the first organizations to offer a pay-as-you-go cloud computing model, which expands to meet users' computation, storage, and traffic demands.

For enterprises and software developers, AWS offers a number of tools and solutions that can be used in data centres all over the world. Government agencies, educational institutions, non-profits, and commercial businesses can use AWS services.

The Amazon Web Services platform was established in 2002 with only a few services. AWS was re-imagined in 2003 to make Amazon's compute architecture more standardized, automated, and focused on web services. The idea of selling access to virtual servers as a service platform was part of this re-imagining. The first publicly available AWS service, Amazon SQS, was offered a year later, in 2004.

AWS was introduced in 2006 with three new services: Amazon S3 cloud storage, SQS, and EC2, officially transforming AWS into a suite of online core services. The Elastic Block Store and Amazon CloudFront were released and adopted by AWS in 2009, while S3 and EC2 were launched in Europe. 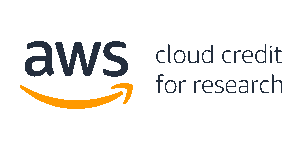 AWS began offering certification for its services in 2013, and an autoscaling solution was released in 2018.

AWS has added numerous services throughout time to help it become a low-cost, highly available, and scalable infrastructure platform. AWS is currently primarily focused on the cloud, with data centres located in the United States, Australia, Europe, Japan, and Brazil.

AWS is divided into numerous services, each of which can be customized differently depending on the needs of the user. For an AWS service, users should be able to access configuration choices and individual server mappings.

Amazon Web Services offers services from hundreds of data centres located across the globe in availability zones (AZs). An AZ is a physical location with numerous data centres. A region is a cluster of AZs connected by low-latency network links in close proximity. 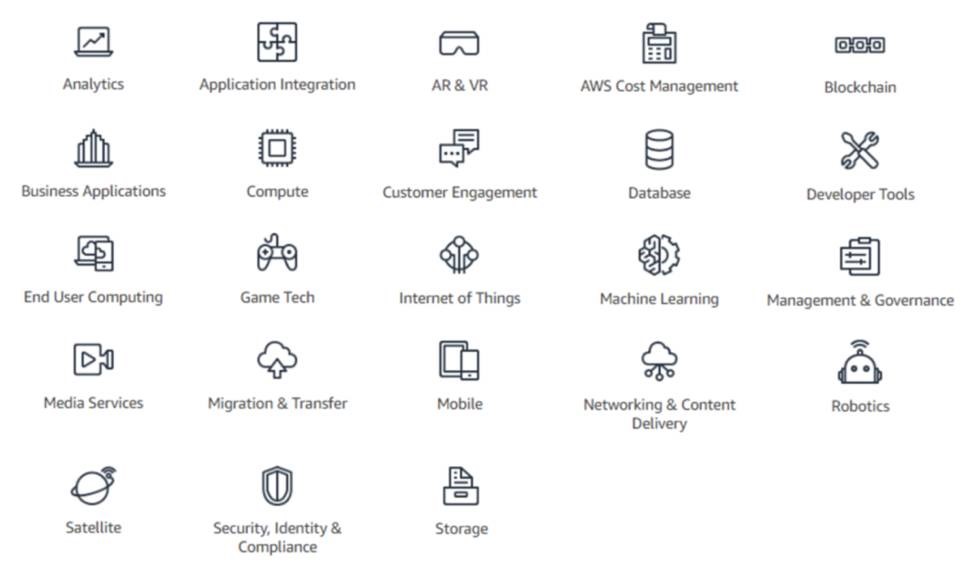 For a variety of reasons, such as compliance and closeness to end customers, a company will choose one or more availability zones. An AWS customer, for example, can create virtual machines (VMs) and duplicate data across different AZs to create a highly dependable architecture that is immune to individual server or data centre failures.

Amazon Elastic Computation Cloud (EC2) is a service that delivers compute power through virtual servers called EC2 instances. The Amazon Elastic Compute Cloud (EC2) service offers hundreds of instance types with varied capacities and sizes, each geared to specific workload types and applications, such as memory-intensive and accelerated-computing activities. AWS also has an Auto Scaling tool that allows you to dynamically increase capacity to keep your instances healthy and performing well.

Storage service (S3) is a scalable object storage service provided by Amazon for data backup, gathering, and analytics. An IT specialist stores data and files as S3 objects, which can be up to 5 gigabytes (GB) in size, to keep them organized. A firm can save money by using S3's Infrequent Access storage tier or Amazon Glacier for long-term cold storage.

A company can also use AWS Snowball and Snowmobile storage transport devices to send data to the cloud, or use AWS Storage Gateway to allow on-premises programs to access cloud data.

AWS offers a number of tools and services to assist users with migrating applications, databases, servers, and data to its public cloud. The AWS Migration Hub is a centralised management and monitoring platform for on-premises to cloud migrations. Once in the cloud, EC2 Systems Manager aids an IT team in setting on-premises servers and AWS instances.

An Amazon Virtual Private Cloud (Amazon VPC) allows an administrator to control a virtual network from within the AWS cloud. AWS automatically adds new resources within a VPC for added protection.

AWS Direct Connect enables an IT specialist to establish a dedicated connection between an on-premises data centre and the AWS cloud.

To build and manage apps and services, a developer can use AWS command-line tools and software development kits (SDKs). This comprises:

A development team can also create continuous integration and continuous delivery pipelines with services like:

A developer can also store code in Git repositories with AWS CodeCommit and evaluate the performance of microservices-based applications with AWS X-Ray.

AWS Config and AWS Config Rules allow administrators to control and track cloud resource configuration. These technologies, coupled with AWS Trusted Advisor, can help an IT team avoid deploying cloud resources that are poorly configured and cost too much.

AWS offers a number of cloud security services, including AWS Identity and Access Management, which enables administrators to specify and control user access to resources. An administrator can also utilise Amazon Cloud Directory to construct a user directory, or use the AWS Directory Service to connect cloud services to an existing Microsoft Active Directory. Furthermore, the AWS Organizations service allows a company to create and manage policies across numerous AWS accounts.

The AWS Management Console is a graphical user interface (GUI) for AWS that runs in a browser. The Management Console lets you manage cloud computing resources, cloud storage, and security credentials. All AWS resources are accessible through the AWS Console.

AWS includes a variety of big data analytics and application services. This includes:

The Alexa Voice Services is powered by AWS technology, and developers can utilize the Alexa Skills Kit to create voice-based apps for Echo devices.

The AWS Mobile Hub includes a number of tools and services for mobile app developers, such as the AWS Mobile SDK, which includes code examples and libraries.

A mobile app developer can also utilise Amazon Cognito and Amazon Pinpoint to manage user access to mobile apps and measure the efficiency of such communications.

Users and apps can communicate via AWS messaging services. SQS (Amazon Simple Queue Service) is a managed message queue that sends, stores, and receives messages across components of distributed applications to ensure that they all work together properly.

AWS can also be used to create games. For titles like For Honour, large game development companies like Ubisoft will employ AWS services. AWS can help with every stage of a game's development.

Amazon Web Services has a range of business productivity SaaS options, including:

AWS' cloud services are available on a pay-as-you-go basis, either per hour or per second. Customers who prepay in full or sign up for one or three-year use commitments can also reserve a specific quantity of computing capability at a discounted rate.

If potential clients cannot afford the fees, the AWS Free Tier is another option for them to use AWS services. AWS Free Tier allows users to try out AWS services for free, with access to up to 60 items and the ability to build on the AWS platform. The Free Tier is available in three flavours: always free, 12 months free, and trials.

AWS has bought a number of companies over time, strengthening its focus on technologies it wants to embrace further. AWS' recent acquisitions have focused on enterprises that can enhance and improve the cloud vendor's existing offerings, rather than larger, well-established companies. These acquisitions don't add to AWS's capabilities; rather, they improve them. TSO Logic, Sqrrl, and CloudEndure, for example, were bought by AWS. TSO Logic was a cloud migration startup that offered analytics that allowed customers to see the state of their present data centre and plan a cloud migration. Sqrrl is a security firm that gathers data from locations like gateways, servers, and routers and then displays it in a security dashboard. Cloud Endure is a company that focuses on workload migrations to the public cloud, disaster recovery, and backup. These acquisitions shouldn't majorly change AWS; they will position it better. For example, the acquisition of CloudEndure should accelerate the movement of on-premises workloads to the AWS cloud.