Schedule a call back

What is an E-Waste? 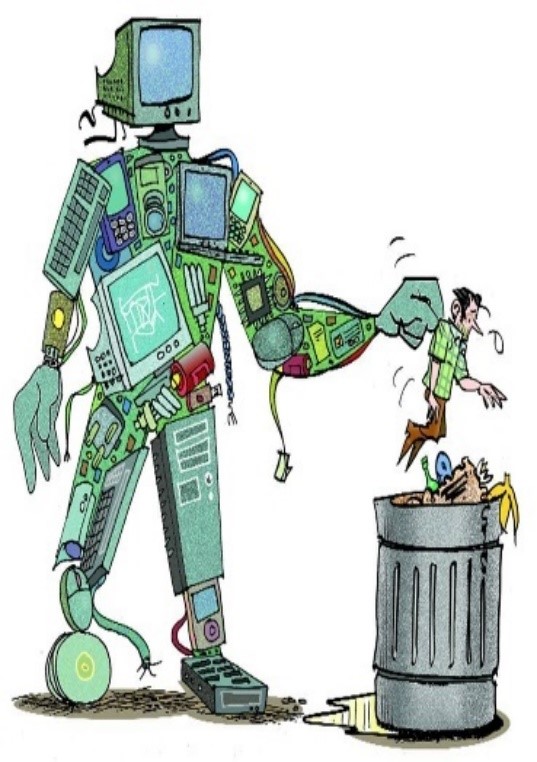 E-Waste is an abbreviated term used to denote Electronic Waste. E-waste is electronic products that are unwanted, not working, and nearing or at the end of their “useful life.” Computers, TV sets, stereos, photocopy machines, and printers are everyday electronic products.

According to the E-Waste (Management) Rules, 2016 'E-Waste' means any electrical and electronic equipment, whose life has been ended or in part discarded as waste by the consumer or bulk consumer as well as rejects from the manufacturing industry, refurbishment industry, and repair processes.

Scenario of E-Waste Production in India

Electronic waste is spreading a very serious public health and environmental issue in India. India is the “fifth-largest electronic waste producer in the world”. It is estimated that 2 million tons of e-waste is generated annually and an unrevealed number of electronic products is imported from other countries around the world when the life of these products finishes, they account for E-Waste.

What is an E-Waste Recycling Plant?

Before we talk about what is E-Waste Recycling Plant first talk about what is E-Waste recycling, E-waste recycling is the reuse and reprocessing of electrical and electronic equipment of any type that has been rejected or regarded as end of life products. E-Waste includes: home equipment such as TV Sets, Refrigerators, printer, fans, Radios and information technology equipment such as computers, mobile phones, laptops, batteries, circuit boards, hard disks, and monitors among others; and other electronic utilities such as luxurious electrical equipment, lighting equipment, and gaming equipment.

Awareness in Recycling of E-Waste is growing nowadays and was started to prevent humans and environment from the adverse effect of electronic Waste.

Environmental Laws Applicable for Setting Up an E-Waste Recycling Plant

If we try to find out how many electronic items are there which can be included in E-Waste then this will be a little bit difficult for us, because there are a number of electronic products in the market. That’s why Electrical and Electronic Equipment and their component are broadly categorized into two categories which include all the Electrical & Electronic Equipment. 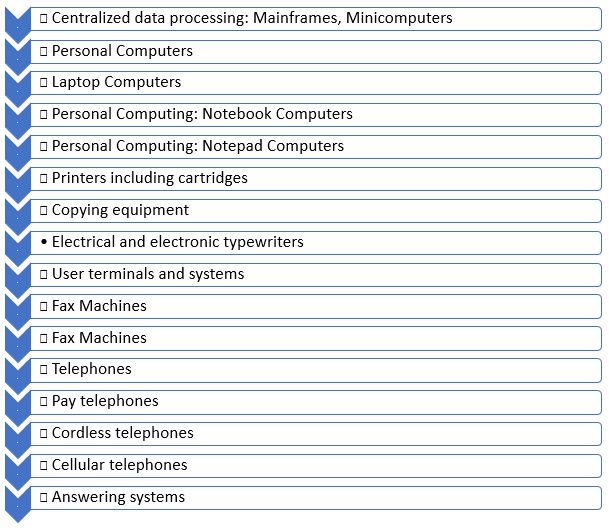 Why is it important to manage E-Waste?

According to the World Health Organization (WHO), when the toxic materials that leach from E-Waste come in direct contact with the humans, animals and with the environment health risks may arise and degradation of environment also take place. The toxic materials are such as lead (Pb), cadmium (Cd), chromium (Cr) or polychlorinated biphenyls (PCBs). Serious health issues can arise due to the Inhalation of the toxic fumes, as well as from the accumulation of chemicals in soil, water, and food.  As this contaminated water and food will enter into the food chain of human beings leading to the ill effects.

This contamination puts not just people in danger but the environment. In developing countries, the risks are exceptionally high because some developed countries send their e-waste there for disposal, but now keeping in view the danger of E-Waste provisions are made which prohibit the import-export of E-Waste. It is observed that the global e-waste has detrimental effects not only on the people that work with the e-waste but also the people that live around it.

Lack of awareness on E-Waste leads to difficulty in managing E-Waste, Because of this, a proper recycling process needs to be put in place to protect us and future generations.

Get help from an experienced legal adviser.

Criteria to set up an E-Waste Recycling Plant

As per the E-Waste (Management) Rules, 2016 any person who is engaged in recycling, reprocessing, and recovery of waste electrical and electronic equipment or assemblies or their component is a recycler.

Requirement of Facilities in Recycling Plant

Recycling of CRT Monitor and TVs

The e-waste recycling process is highly labor-intensive which requires a number of people to work together and consists of many steps.

Following are the steps for the E-Waste recycling process: 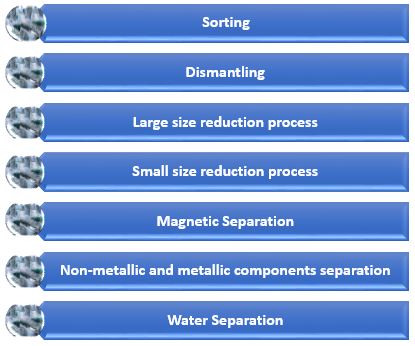 Connect with team Corpseed for more details on applicable laws and compliance.

Connect with the team corpseed to discuss specific requirements for your business at IVR: 7558640644 or hello@corpseed.com. It takes 20-25 minutes to discuss requirement.

Once you discuss the requirement, we will align a dedicated Account managers to understand your business needs and provide solutions and assist entire process.

Use our platform to track progress of application and many more. Always know what is going on with your project, what is in progress, and what is done.

Once job is completed, you will receive complete registrations & certifications directly to your email ID and at your doorstep

When you multiply that by the 150,000 tonnes of e-waste generated each year, you get some pretty impressive numbers. Recycling plants in other countries are developing profitable financial models as well.

Recycling factories do generate money by recycling plastic, fabric, glass and scrap metal, but it is a volatile industry with rising expenses. This is not to say that it is not a large and essential industry around the world. The recycling sector employed more than 1.1 million people worldwide in 2014, and generates $236 billion in a gross annual revenue.

According to the research in 2016, India generates 2 million MT of e-waste annually and is expected to increase at a rate of 20%.

However, India’s recycling capacity is just about 5,00,000 MT/year.

As a result, the recycling business has a lot of potentials. Recycling e-waste is a profitable business. However, it is dependent on a number of things.

There are some other factors which may affect the profit

The profit is primarily determined by the first two factors. It will be a profitable business if you can get enough quantity at a low price.

According to my knowledge, the biggest issue that recyclers have is that, although having adequate recycling capacity, they do not get enough e-waste for recycling. (Only 30–40% of capacity is being used)

Since 2011, India has had laws in place to manage e-waste, requiring that only authorised dismantlers and recyclers collect e trash.

The producer must satisfy targets, which should be 20% of the waste produced by their sales. For the next five years, this will climb by 10% annually. According to the law, manufacturers are responsible not only for waste collection, but also for ensuring that the waste reaches an authorized recycler/dismantler.

According to the law, producer is responsible not only for garbage collection, but also for ensuring that the waste reaches an authorised recycler/dismantler.

It depends on how many tonnes of e-waste recycling you want to start with, and you'll also need a proper process for segregating each unit because e-waste is one of the most hazardous wastes and requires special management.

It is quite profitable, with an average return of 10%–15%, but the initial cost, lad, machine, and working capital are all extremely high

If you need to dispose of old electronics, go to zolopik to locate 100+ government approved E-waste Recyclers in India who will also provide you with all necessary documentation such as pollution control board certificate, form 6 and passbook entry.

The company separates the e-waste it collects and refurbishes viable electronics. Then they are offered on online markets and through a dealer network. Waste that is no longer useful is broken down to extract commodities such as copper, aluminium, iron and other metals that are sold to foundaries.

Electronic waste, often known as e-waste, has a significant environmental impact, hence it is necessary to curb this threat. For the management and re-use of e-waste, the Central Government enacts numerous Acts and Rules, such as:

Electronic waste, often known as e-waste, refers to gadgets that have been dumped electrically or electronically. E-waste includes used electronics that are designated for reuse, resale, salvage, recycling, or disposal. In underdeveloped nations, informal e-waste processing can have negative health and environmental consequences.